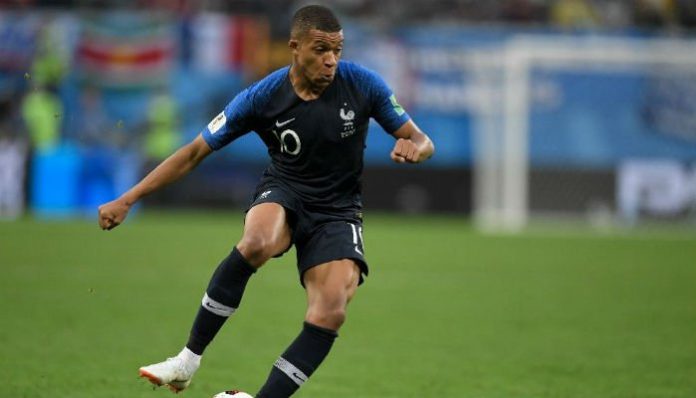 MOSCOW: (DNA) – Croatia face France in Moscow on Sunday attempting to win their first World Cup while Didier Deschamps´ side are aiming to land their second title two decades on from their triumph on home soil.France will also be spurred on by trying to put behind them the bitter disappointment of losing the Euro 2016 final to Portugal in Paris.It is a final few people anticipated when football´s global showpiece kicked off four weeks ago.

Croatia have brought joy to their Balkan nation of just four million people by defying the odds to progress to the final while reigning champions Germany, then Argentina and Brazil all fell by the wayside in Russia.

They have been inspired by mercurial midfielder Luka Modric while coach Zlatko Dalic, who only took over last year with the squad in chaos, has coaxed remarkable performances from his team.

Deschamps would become only the third man to win the World Cup as both a player and a manager — he was captain when France lifted the World Cup in 1998.

His France side, spearheaded by 19-year-old forward Kylian Mbappe and the more seasoned Antoine Griezmann, are the favourites.

Paul Pogba has finally become a leader in midfield for France and N´Golo Kante has excelled in doing the tireless work that allows his teammates to shine, while Samuel Umtiti and Raphael Varane are the nucleus of a solid defence.

Les Bleus laboured through their group, beating Australia and Peru by the odd goal and drawing with Denmark in the only goalless game of the tournament.

Then they hit form, sweeping aside Argentina in a match which announced to the world that Mbappe is set to be an international superstar as he scored twice and outshone Lionel Messi.

But apart from that 4-3 win, France have played like a Deschamps side, with the emphasis on defence.