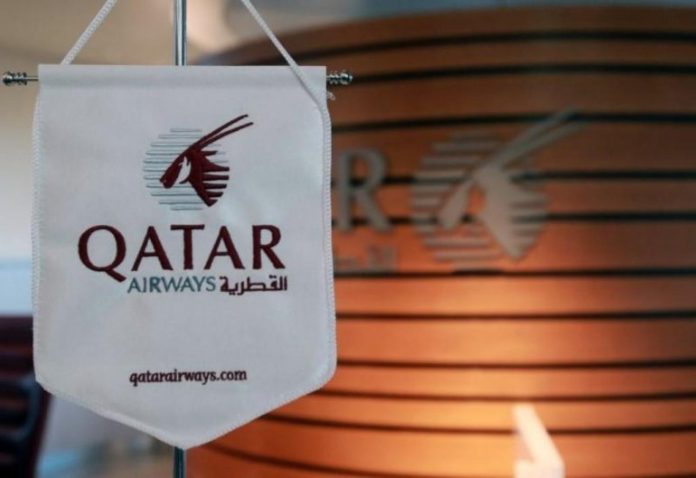 “Qatar Airways will continue its march ahead, we will continue expanding and continue purchasing new aeroplanes to fulfil our need for network expansion not only for us but also helping our partners in which we have invested to also keep  on expanding the network and providing them the capacity they require,” he said addressing a press conference held yesterday on the occasion of receiving a specially-branded Boeing 777 aircraft painted in FIFA livery, ahead of the tournament’s Semi-Final and Final match.

The bespoke aircraft, which features distinctive FIFA branding, was hand-painted in Ireland.

“We are tremendously excited to celebrate our passengers’ love for football by bringing this unique, one-of-a-kind aircraft to Moscow. As Official Partner and Official Airline of FIFA, we are proud to be able to unite football fans from around the world in Russia, helping them to experience the magic of the FIFA World Cup,” Al Baker said.

“This beautiful aircraft further cements our commitment to our important partnership with FIFA, as well as our loyalty to millions of football fans around the globe who have gathered in Russia to cheer their teams on,” he added.

Qatar Airways had recently revealed a host of upcoming new global destinations, including the announcement that it will be the first Gulf carrier to begin direct service to Luxembourg. Other new destinations to be launched by the airline include Tallinn, Estonia; Valletta, Malta; Cebu and Davao, Philippines; Langkawi, Malaysia; and Da Nang, Vietnam.

Al Baker added that Qatar Airways has strong capital, liquidity and enough reserves that will enable it to achieve the desired expansion.

“QA is a very well capitalised airline. So if we lose one or two or three years, it does not mean that we have no more cash in our company to sustain our losses. Any successful business has to create reserve and QA has very strong reserve to sustain our going forward expansion plans. So regardless what we lost we are not going to slow down our expansion,” Al Baker added.

“Qatar Airways is not going to slow down because there are external pressures on us. We will always find new ways to get more business,” he said.“Hopefully very soon we will be again showing very handsome profits,” he added.

In December 2017, Qatar Airways launched daily services to the cultural capital of Russia, St. Petersburg, doubling the number of Russian routes operated by the carrier.

Engr. Badr Mohammed Al Meer, COO at HIA, stated: “As we prepare for the 2022 World Cup, we are thrilled to witness our national carrier celebrate the 2018 FIFA World Cup Russia with this truly unique and spectacular aircraft. This moment encapsulates the spirit of the FIFA World Cup, celebrating football, art and culture on an international scale”.