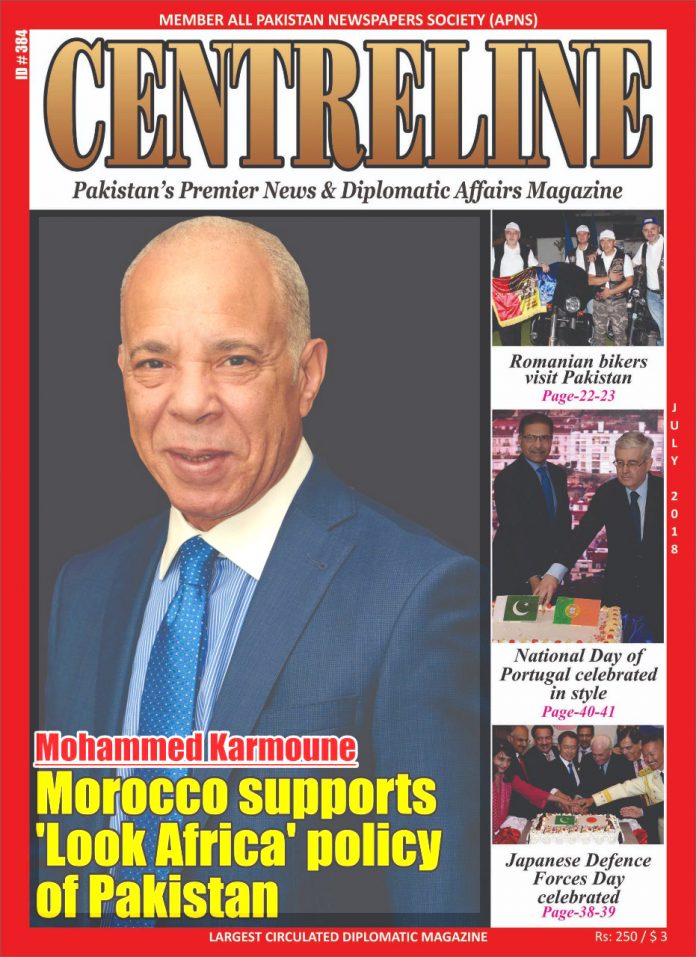 Ambassador of Morocco talks to Centreline and DNA

Please give us a review of Moroccan and Pakistan bilateral Relations?

Since the establishment of diplomatic relations between the Kingdom of Morocco and the Islamic Republic of Pakistan in 1958, the relationships between the two countries, are marked by their harmonious and evolving character, therefore, subsequently this has been mutually beneficially in convergence of points of view of both countries within international bodies. Essentially, these relations are enriched by the common Islamic cultural heritage. Relations between Morocco and Pakistan are governed by a diversified legal framework encompassing several cooperation agreements in the diplomatic, economic, cultural, scientific and technical fields. Importantly, despite the diversity of the framework governing bilateral relations, the level of cooperation achieved so far is still limited.

Trade, although growing steadily and benefiting largely to Morocco, remains insufficient and restricted to phosphates and its derivatives. Trade of Pakistan is lacking alarmingly and remains very insufficient.

Before I answer to this question, let me state that since its independence Morocco has considered itself as an integral and important part of Africa, and thus played a major role on the African scene as a whole. Throughout the years, Morocco has given high importance and priority to its relations with other African countries.

This importance can be seen in the countless visits of His Majesty Mohammed VI, to other African countries. Consequently, new dimensions in the relationship between Morocco and the continent have emerged particularly through, the “South-South” cooperation and human development.

Evolution of Moroccan’s relations with the African countries can be described as a “true” economical strategy, which can be seen in the regional integration within African countries, covering economic, political and monetary aspects.

With this background we perceive the “Look Africa Plan” initiative which has been supported and thus approved by the Pakistani Ministry of Commerce, as a plan that is based on stringent measures to boost bilateral trade between Pakistan and Africa in the coming years. I might venture to answer that Morocco and Pakistan will undoubtedly be the right partners to succeed in establishing good and strong links and through them between the other countries of Africa. Of course, this will be possible if the two countries consult each other, get closer and adopt a very good, efficient, and profitable operational strategy.

From a cursory glance of the “Look Africa” Policy, we note that Pakistan has made a feasibility study and deduced the conclusions by targeting African countries, including Morocco. I will not be pretentious if I would say that Morocco has several assets in this area, for example its geographical location, its proximity, the extent of its good relations with several African countries and the good reputation it enjoys amongst them. 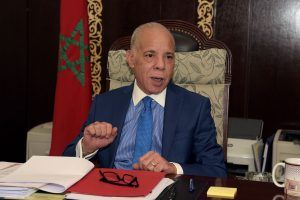 To think of concluding an air transport agreement between Morocco and Pakistan will be a remarkable breakthrough in the bilateral relations between the two countries, but this is dependent on several financial, technical and logistical conditions stemming from the cooperation of civil aviation of the two countries. If the rules of the market are obeyed and with a favourable political relations an outline plan can be made and later we can concretize it for this purpose.

Morocco is paving the way in the Middle East and North Africa with its national adoption of a renewable energy plan. Utilizing government sponsored programs to link private renewable suppliers with the larger power grid, solar and wind power have transformed from cottage industries to the heart of the country’s long-term economic plan. While Morocco has looked both outwardly and domestically to develop its energy infrastructure, the next challenge will be to fully integrate renewables in a way that promotes local involvement and sustainability. If proven successful, such a program would encourage a wider acceptance and use of renewable energy throughout the region.

Let me underline some Key Points:

Tourism is the second largest foreign exchange earner in Morocco, after the phosphate industry. The Moroccan government is heavily investing in tourism development. A new tourism strategy called Vision 2010 was developed after the accession to the throne of King Mohammed VI in 1999. The government had targeted that Morocco will have 10 million visitors by 2010.

Tourism in Morocco is now well developed, with a strong tourist industry focused on the country’s coast, culture, and history. Morocco has been one of the most politically stable countries in North Africa, which has allowed tourism to develop. Tourism is considered as one of the main foreign exchange sources in Morocco and the country was Africa’s top tourist destination of 2017. Just to mention that we reached over a 11 million visitors by the end of the same year.

The “Plan Azur“, a large-scale project initiated by His Majesty Mohammed VI, is meant to internationalize Morocco. The plan provides for creating six coastal resorts for holiday-home owners and tourists (five on the Atlantic coast and one on the Mediterranean).The plan also consists of other large-scale development projects such as upgrading regional airports to attract budget airlines, and building new train and road links. I may add that our country is expected to launch very soon the first high speed train in the continent. Morocco, which is close to Europe, has a mix of culture, both traditional and exotic that makes our country highly popular with the Europeans who want to buy holiday homes.