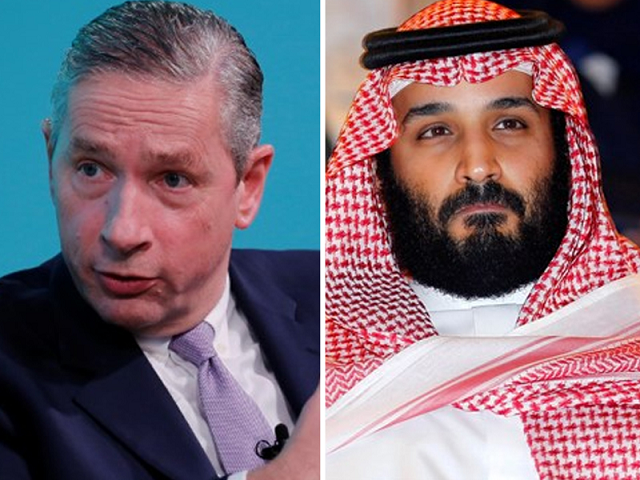 DUBAI: (DNA) – Klaus Kleinfeld, a former chief executive of industrial conglomerate Siemens and giant aluminum producer Alcoa, has been appointed an adviser to Saudi Arabia’s Crown Prince Mohammed bin Salman.Kleinfeld will leave his current position as chief executive of NEOM, a 26,500 square kilometer business zone under development in the northwest of the kingdom, but will retain a position on its board, an official Saudi statement said on Tuesday.

He “will take over wider responsibilities to enhance the economic, technological and financial development of Saudi Arabia”, the statement said.

Prince Mohammed has launched a sweeping program of reforms designed to wean the Saudi economy off its reliance on oil exports by selling billions of dollars of state assets and developing new industries from tourism to technology.

Kleinfeld, who will take up his new post on Aug. 1, had been appointed to lead the NEOM project when it was announced last October.

He will be replaced at NEOM by Nadhmi al-Nasr, who has been developing strategy for the project and has over 30 years of experience at national oil giant Saudi Aramco.

Saudi Arabia has said public and private investment in NEOM is eventually expected to total $500 billion.

The zone, with its own judicial system and legislation to attract international investors, will focus on industries including energy and water, biotechnology, food, advanced manufacturing and tourism.