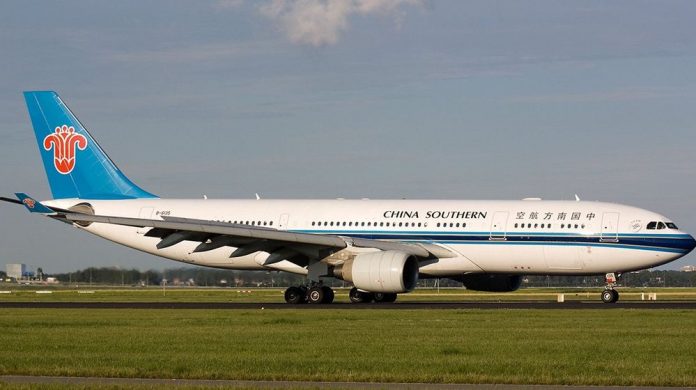 LAHORE, (DNA) – China Southern Airlines has started its direct flights from Lahore to UrumqiOne of the biggest Asian airlines has started its operations in Pakistan, its first direct flight flying from Lahore. China Southern Airlines (CSA) launched its first flight from Lahore to Urumqi on June 21.The airline’s Acting Consul General of China in Lahore, Wang Daxue, is hopeful that CSA will open new opportunities for both the countries, especially in light of the CPEC.

He also termed the initiation of flights on the route as the “New Silk Route”, adding that it will help increase contact and cultural exchanges between the two allies.

CSA has operations in 40 countries, with 224 destinations and over 2000 daily flights. It is the only airline in the world that operates both Airbus A380 and Boeing 787 at the same time.

The airline also has 660 planes, making it one of the biggest airlines worldwide, with the largest fleet in Asia and the third largest globally. It has the most developed route network among all Chinese airlines, with the biggest passenger capacity as well.

We aim to make this route a witness of friendship and cooperation between China and Pakistan.

Urumqi holds great economic value. It is the west gateway of China to the rest of the world. It is also the third-largest international transfer hub and direct flights from Punjab to there will surely be fruitful for many business and travelers.

CSA opened its first direct route from Urumqi to Islamabad in 1994 and since then it has maintained its flights uninterrupted.

The airline will launch a series of policies as well in future so that people of China and Pakistan can enjoy trips at optimal rates and convenience.