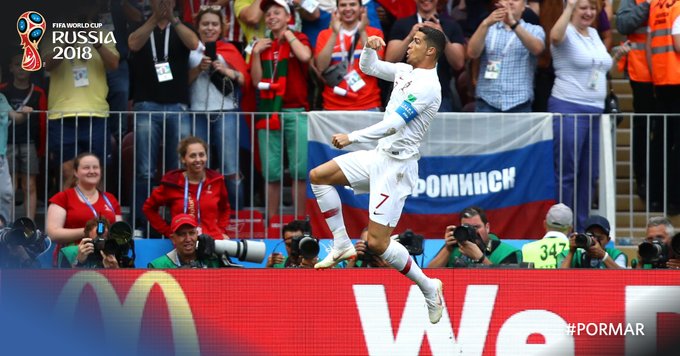 MOSCOW, JUN 20 (DNA) – Morocco out of World Cup contention after 1-0 defeat to Portugal. Cristiano Ronaldo gave the European champions the lead with a header in the fourth minute and Herve Renard´s side could not respond, leaving them with no mathematical chance of reaching the knockout stage.

Joao Mario took the place of Bruno Fernandes in Portugal’s midfield as coach Fernando Santos makes one change for Wednesday’s Group B match against Morocco at the World Cup.

Cristiano Ronaldo will again line up alongside Goncalo Guedes in attack as the Real Madrid star seeks to build on his brilliant hat-trick in Portugal’s 3-3 draw with Spain in their opening game.