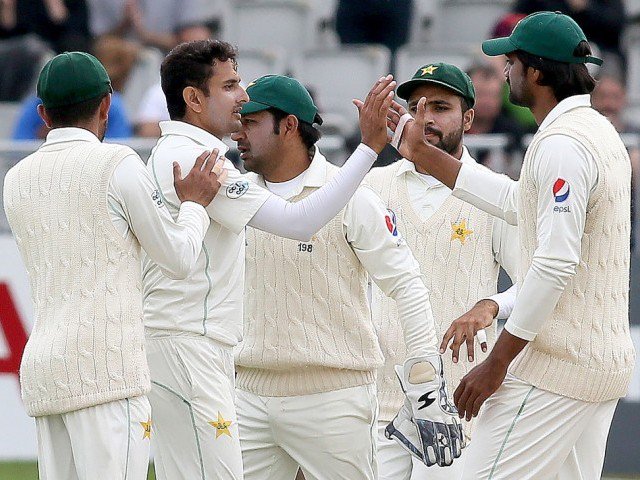 BUBLIN, MAY 15 (DNA) – Ireland on Tuesday seemed to be on track to upset Pakistan in their first-ever Test match, but fighting fifties by opener Imamul Haq and right-handed batsman Babar Azam made sure the visitors chased the 167-run target at Dublin.

In a match which saw the first day washed out, Pakistan dominated day two and three of the Test match by declaring their first innings on 310-9.

Ireland were dismissed for 130 and asked to follow on by Pakistan, as the visitors planned to end the match as quickly as possible to avoid any other weather hiccups.

Mohammad Abbas was the chief destroyer for Pakistan with 4-44 in his 11 overs.

However, after receiving a life off Mohammad Amir’s bowling, Ireland veteran Kevin O’Brien scored a debut century to guide his team to 339 in their second innings.

Abbas was once again the hero with the ball as he bagged a five-for in 28.3 overs, giving away 66 runs.

Amir, who walked off the pitch after hurting his left knee on day three, came back to bowl on day four and bagged three wickets to show signs of hope that he’ll be fit to fire against England.

With 167 to chase on a day five pitch, Pakistani top-order fell like a deck of cards until Babar joined Imam.

Both batsmen added 126 for the fourth wicket and brought Pakistan near the finish line.

Babar was run out with 20 runs needed, while incoming Pakistan captain Sarfraz Ahmed also couldn’t break the tape for his team.