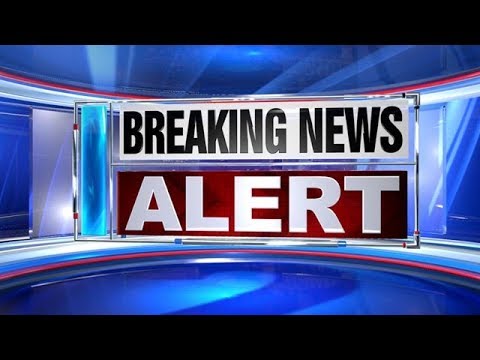 TEHRAN (MAY 11 (DNA) -The unlawful withdrawal of the U.S. President from the Joint Comprehensive Plan of Action (“JCPOA”) is but the final of long and persistent violations of this accord on the part of the United States, and especially since the coming into office of its new extremist Administration. Mr. Trump’s absurd insults against the great Iranian nation indicates the extent of his ignorance and folly. Moreover, his baseless charges against the Government of the Islamic Republic of Iran in fact befits a regime which has through its interventions dragged the Middle East into chaos and ignited terrorism and extremism; whose Zionist ally is engaged in unprecedented cruelty, violations of human rights and aggression; and whose regional clients gave birth to and nurtured terrorist groups, which Mr. Trump in a ridiculous claim linked to the Islamic Republic of Iran. It is regrettable that this kind of individual now governs the civilized and peaceful American people.

Ever since his election campaign, Mr. Trump has declared his hatred of the JCPOA, an accord recognized as a victory of diplomacy by the international community. Since taking office, Mr. Trump has not only made explicit and official statements against the agreement in violation of its provisions, but has in practice also failed to implement U.S. practical – and not merely formal commitments under the JCPOA. The Islamic Republic of Iran has recorded these violations in numerous letters to the Joint Commission convened under the JCPOA, outlining the current U.S. Administration’s bad faith and continuous violations of the accord. Thus Mr. Trump’s latest action is not a new development but simply means the end of the obstructionist presence of the United States as a participant in the JCPOA.

The JCPOA is a multilateral accord adopted unanimously in a United Nations Security Council resolution, which in contrast with the claims of Mr. Trump, is not merely an agreement of his predecessor whose implementation can be ignored by a succeeding U.S. Administration.

This action on the part of the U.S. President is not limited to the JCPOA. Indeed, violations of law and breaking of commitments have become a pattern under the current U.S. Administration, going from the Paris Climate Accord to the Trans-Pacific Partnership. It was only due to the global consensus on the JCPOA and the accord’s inner strength that it took the United States Government sixteen months to explicitly and officially pull out.

Unlike the U.S., the Islamic Republic of Iran is committed to its international obligations and sees the upholding of such commitments as a fundamental religious principle and an incontrovertible norm which underpins international law. So far, Iran’s fulfilment of all its commitments under the JCPOA has been verified by the only  internationally recognized authority, namely the International Atomic Energy Agency, and repeatedly acknowledged by all parties to the JCPOA, including the U.S. As such, unfounded claims and ludicrous propaganda shows have no value or credibility within the JCPOA, especially since the International Atomic Energy Agency, following the accusations made by Trump and his accomplices, has again reiterated that Iran is abiding by its commitments under the accord.

Iran, as a country that has remained committed to its legal obligations, will pursue the U.S. Government’s decision to withdraw from the JCPOA as provided by the mechanisms and provisions of the accord, and if the U.S. withdrawal is not fully compensated and the full interests of the Iranian people are not met and guaranteed – as stated in the accord and as outlined by Iran’s Leader on 9 May  – it will exercise its legal right to take whatever reciprocal measures it deems expedient. Other parties to the JCPOA, and especially its three European signatories, must take necessary action to safeguard the accord and to implement their commitments – which they proved incapable of fully performing even while the U.S. was nominally a party to the deal, due to the obstructions by the Trump Administration – and to proceed from giving pledges to taking practical action without any preconditions.

None of the provisions or timeframes within the JCPOA, which were the subject of twelve years of negotiations, are negotiable in any manner. The U.S., which has through its meddling and erroneous policies ignited extremism, terrorism, destruction, war and child killing in our region, is in no position to issue any diktat about the Islamic Republic of Iran’s lawful presence within its own region nor its effective support for the peoples of Syria and Iraq in their endeavor to fight extremists. The U.S. and its allies, which through their support for the regime of Saddam Hussein, including equipping it with chemical weapons and the most advanced military equipment while blocking Iran’s access to any means of defense victimized the Iranian people for eight years, and currently turning our region into a powder keg through their sale of hundreds of billions of dollars of useless advanced weaponry  devouring the financial resources of the region, are in no position to impose restrictions on the Islamic Republic of Iran’s lawful means of defense, including defensive ballistic missiles which have been designed to carry conventional weapons based on the bitter experiences of the war with the regime of Saddam Hussein. Indeed, such efforts explicitly violate the principles of international law, and the Islamic Republic of Iran’s legitimate right to self-defense under Article 51 of the United Nations Charter.

As announced by the President of the Islamic Republic of Iran on 8 May, the Foreign Minister has been tasked with the duty of taking the necessary measures to obtain required guarantees from the remaining parties to the JCPOA as well as Iran’s other economic partners, and to immediately report the results of this mission. Meanwhile, the President of the Atomic Energy Organization of Iran has been tasked with taking all necessary steps in preparation for Iran to pursue industrial-scale enrichment without any restrictions, using the results of the latest research and development of Iran’s brave nuclear scientists.

The people of Iran will with calm and confidence continue their path towards progress and development and the Government of the Islamic Republic of Iran has foreseen all necessary measures to facilitate this under any circumstance.

The Islamic Republic of Iran, as a secure and powerful state, which derives its security and economic development from within, relying on the prudent participation and resilience of its brave and civilized people, seeks constructive and dignified engagement with the world, and as shown by its implementation of the JCPOA despite the United States’ continuous violations, is a trustworthy and committed partner for all who are prepared to cooperate on the basis of shared interests and mutual respect.