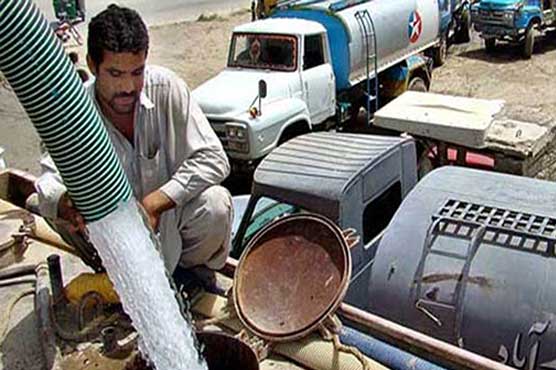 KARACHI, MAY 10 (DNA) – Karachi Water and Sewerage Board (KWSB) on Thursday has decided to introduce mobile phone application to facilitate the locals.According to the authorities, the app will provide complete rates of the water tankers while keeping in view the distance and gallon after which the people can easily book them for delivery.

Water tanker along with driver’s name and number will also been listed in the application, said officials.

During the hearing of suo motu notice, Chief Justice of Pakistan (CJP) asked whether the leaders are satisfied with the condition of water in Balochistan and that what steps have been taken to fill the water lakes.

Don’t put blame on the budget as we are very much concerned about Balochistan for which, we have also tried to restore the government, he added.

Ex-CM Abdul Malik told the court that nothing can work consistently without improving law and order situation in the province. He said that a decrease in criminal activities during 2013 to 2015 was observed over which CJP asked whether the murders of Hazara community were also reduced.