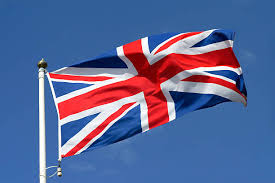 ISLAMABAD, MAY 07 (DNA) – The UK is committed to increasing its bilateral trade with Pakistan, the British High Commissioner said at a Board of Investment Conference held in Islamabad.The event was attended by the Prime Minister Shahid Khaqan Abbasi, Finance Minister Miftah Ismail and over 800 delegates.

The British High Commissioner Thomas Drew said: “The UK and Pakistan have an important economic partnership – on trade, on investment, on education and human capital. Our bilateral trade is worth £2.7bn and the UK is Pakistan’s largest export market in Europe. There are 120 British firms operating and investing here – Shell and Unilever have announced £100 of new investment in Pakistan at the Commonwealth Summit in London last month.

“We would like to see more British companies investing in Pakistan creating jobs and supporting both our economies. The Board of Investment and its provincial counterparts play a key role in attracting and facilitating investment. We stand ready to support their efforts through the Department for International Development and the recently launched UK Prosperity Fund project delivered by the World Bank.”

With a population exceeding 200m and a growing middle class of some 60m consumers, there are good opportunities to increase British exports of both goods and services in this unsaturated and rapidly growing market.   Given its fast growing population and potential for growth, the large Pakistani Diaspora and a shared language and legal tradition, Pakistan has the potential to emerge as an increasingly strong trading partner for the UK.

Current bilateral trade between the UK and Pakistan stands at £2.7bn approx.

Amazon operation in Pakistan to unleash new vistas for exports