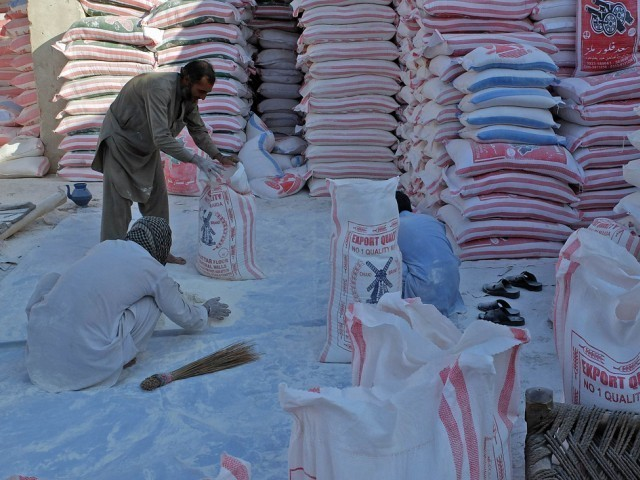 LAHORE, MAY 06 (DNA) –  The Punjab government’s move to provide a record amount of subsidy to consumers during Ramzan seems to have hit a roadblock as concerned authorities showed reservations over alleged misappropriation of billions of rupees due to poor monitoring.

This is not the first time that the Punjab government is subsidising food in Ramazan as the practice has been in place since the current government came into power in the province in 2008.

However, this time the amount of subsidy is the highest – Rs11 billion – and expected to increase to Rs17 billion as the government looks to appease the masses due to the upcoming general elections.

An application written to the National Accountability Bureau (NAB), Federal Investigation Agency (FIA), Chief Minister’s Secretariat and otherconcerned departments states that there is fear that a considerable portion of subsidised wheat flour may not reach consumers due to misappropriation by officials of provincial food department as well as flour mill owners.

A few days ago, a new summary was forwarded to the Chief Minister’s office for approval by the provincial food department to raise volume of subsidised wheat to 0.8 million tons from 0.5 million by increasing subsidy amount to Rs17 billion. The implementation on Ramzan package is expected to start from May 10.

The amount of subsidy is massive as it will bring the price down to Rs800 for a 40kg bag against its original price of Rs1,300.

However, this initiative may fail to make a difference due to lack of transparency and no monitoring mechanism to check wheat grinding by respective flour mills and its subsequent supply.

There are complaints of issuing subsidised wheat to owners of closed flour mills, who sell wheat in the open market and pocket hefty amount in connivance of food department staff. Some sources allege that one third to half of the subsidy amount is embezzled every year.

This misappropriation can easily be checked through comparison of mill’s electricity bills with wheat grinding, say concerned officials.

As per previous arrangements, the provincial food department allowed flour mills to simultaneously grind flour for normal operations along with subsidised sale during Ramazan.

However, in ensuing years, flour mill owners were asked to choose either supply for normal operations or the Ramazan package. Last year, in mid Ramazan, the provincial department abruptly discontinued supply on the pretext that grinding quota is limited.

They even forced mill owners to withdraw flour from the open market. The new practice encourages more corruption, claimed officials.

When contacted, both provincial food secretary and director food declined to comment on the allegation of misappropriation on account of wheat flour under the Ramazan package.