The Ambassadors of various foreign countries in Pakistan, diplomats, professional golfers and public figures took part in the tournament and entertaining  competitions.

Speaking at the awarding ceremony, Major General ® Mohammed Ali Khan, executive director, Bahria City and Sammy Savary, manager operations of Bahria Golf Clubemphasized that, the political, economic, social and cultural progress of Azerbaijan since the 1960s is connected with the name of Heydar Aliyev. 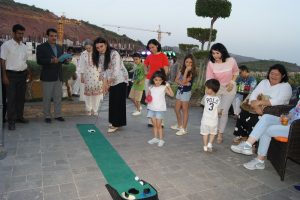 Having made significant contributions to the development of education, infrastructure, and the oil and gas industry in the country, Heydar Aliyev came to power again in Azerbaijan, which was on the verge of collapse in 1993, securing political and economic stability, ensuring sovereignty and independence of Azerbaijan by pursuing balanced and wise policy, and establishing alliances with regional and global powers in foreign policy. The signing of the Contract Century and the construction of the Baku-Tbilisi-Ceyhan oil pipeline are among the great achievements of Heydar Aliyev’s oil strategy. 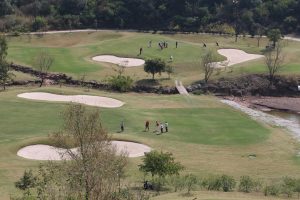 Expressing his satisfaction and gratitude for high level participation and interest in the tournament dedicated to the 95th anniversary of the national leader of the Azerbaijani people Heydar Aliyev, Ambassador of Azerbaijan to Pakistan Ali Alizada mentioned Heydar Aliyev’s exceptional role in the political and economic life of Azerbaijan in the Soviet era and in independence and stressed that as a result of his reforms, firm and sustainable development has been established in all spheres of the country.

Noting that the golf tournament’s ties with the name of national leader Heydar Aliyev was not a coincidence, Ambassador Ali Alizada said that Heydar Aliyev attached great importance to promote sport in Azerbaijan too, and as the fruits of his policy, the sports field have gone forward, and Azerbaijani athletes made significant achievements in world Olympics and international competitions.

After the speeches, winners in the tournaments and entertaining races were awarded various trophies and national souvenirs, and 4 round air tickets for the Islamabad-Baku flight to travel to Azerbaijan were presented by Pakistan’s Shahin Airways to golfers who won the first places.

The ceremony proceeded with the dinner and concluded with a musical concert program.