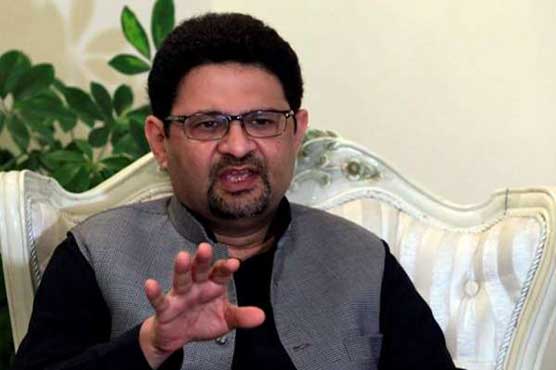 ISLAMABAD, APR 27 (DNA) – Prime minister s adviser on finance Miftah Ismail has officially sworn in as federal minister for finance, revenue and economic affairs.According to details, President Mamnoon Hussain administered the oath to Ismail on Friday during a ceremony.Cabinet members and political leaders were also present on the occasion.

It is to be mentioned here that Miftah has replaced Senator Ishaq Dar as the finance minister who has been in London for medical treatment since October last year.

On December 27, 2017, Dr. Miftah Ismail had assumed responsibilities as Adviser to Prime Minister on Finance, Economic Affairs and Revenue.

Dr. Miftah said he had a firm resolve for further strengthening of economy and advancing the objective of sustainable and inclusive growth as envisioned by the PML-N leadership.

He said that efforts would be particularly focused on enhancing exports and increasing economic growth.

Endeavors would also be made for broadening of tax base and lowering of rates, he added.