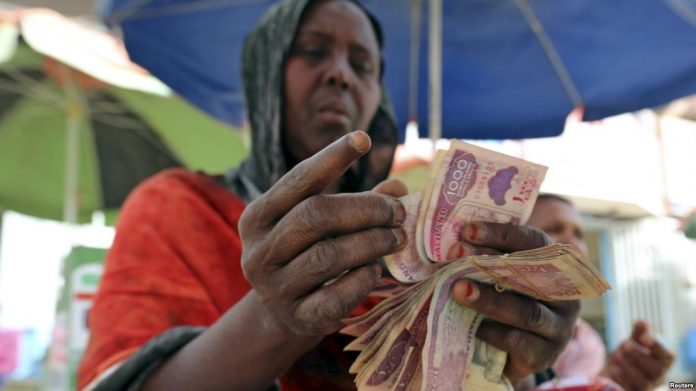 WASHINGTON, OCT 06 (DNA) – The Somali Minister of Finance says the International Monetary Fund (IMF) is taking the lead in helping Somalia with a grant to print new currency before the end of this year. Abdirahman Duale Beileh says the IMF will work with the Somali government. “IMF is ready, from wherever they going to get that money, to help us,” he said. “There are other sources, but we are going to go through IMF.” Beileh said the Somali government needs $100 million, half of which will go directly toward printing the new money, and the other half to keep the value of the currency when it circulates.

“The cost of printing the money is about $50 million, and I think there is also about same amount, same quantity will be necessary to deposit and keep it as a reserve to monitor the movements of supply and demand to keep the value,” he said. 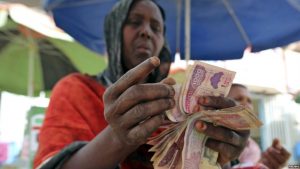 He said the cost was the only outstanding issue before printing the money. Strengthening governance issues, accountability issues, skills available in the central bank, the rules and regulations, the monetary systems, the policies, all of these prerequisites have been concluded, Beileh said.

“We are now discussing the timing,” he said.

The Somali central bank has not properly functioned since 1991. The country’s old currency has almost disappeared or is worn out and was replaced by U.S. dollars, or privately printed notes, most of which are worthless fakes.=DNA