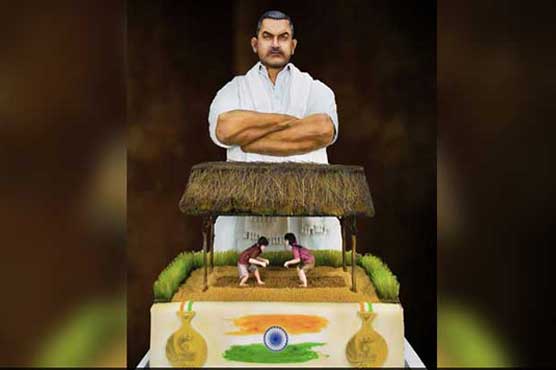 DUBAI, AUG 16 (DNA) – On the occasion of India’s Independence Day, Broadway Bakery in Dubai made one of the world’s most costly cakes with Bollywood star Aamir Khan’s movie Dangal theme. According to the bakery, a team of six cake artists and head chef nearly four weeks (about 1,200 man-hours) worked to make the cake worth Rs 25 lac on the request of a client. The cake features Aamir Khan as wrestler and coach Mahavir Singh Phogat and his two on-screen daughters Geeta and Babita Phogat.

“The idea was to create a design that commemorated India’s Independence Day while simultaneously honoring the achievements of its brave people,” Dominic Joseph Samuel, Broadway Bakery’s head chef said.

He said that the client also wanted gold to be incorporated in the cake for which two Commonwealth Games medals coated with 75 grams of edible gold each were made.