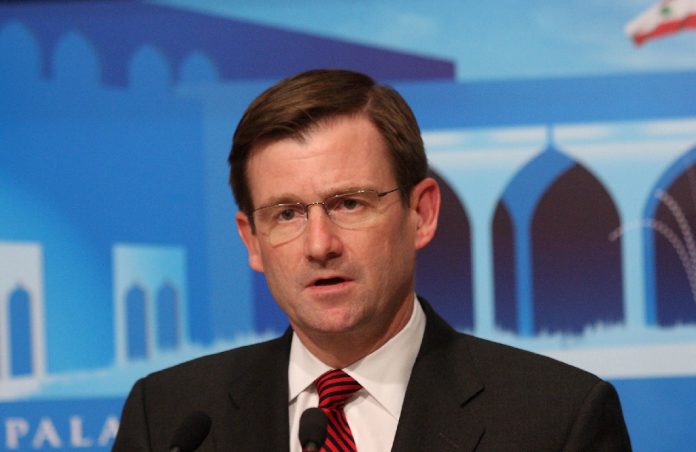 JUL 04 – In 1948, the Quaid-e-Azam Muhammad Ali Jinnah wrote to President Truman the first message to America from Pakistan for our Independence Day. Speaking of our two nations, he wrote that that the “common desire for order, justice and peace, and their equal wish to contribute to uplift suffering humanity are the best proof, which I hope will lead to the intimate and confident collaboration of our two countries in all matters for our mutual interests.

” For over 70 years, America and Pakistan have built a relationship based on these mutual interests, including democracy, stability and security, and economic development in Pakistan and the region.

Our embassy in Islamabad is one of the largest and most modern of our missions worldwide.

Its size reflects the many ways in which we cooperate and shows our long-term commitment to ensuring our relationship benefits both of our peoples.

America has invested in, supported, and expanded this relationship for reasons of our national interest – as has Pakistan – but the results are mutually beneficial, as they must be in any healthy relationship.

We seek a secure, resilient, prosperous, and democratic Pakistan that can contribute those attributes to South Asia.

Our security partnership with Pakistan has been a pillar in the relationship since Pakistan’s formation.

Together we promote strategic stability, combat terrorism, and work to help Afghanistan establish a viable peace and reconciliation process.

Since 2001, the United States has provided about 629 billion rupees in security assistance grants to Pakistan.

In 2016, Pakistan was also the largest recipient worldwide of US “International Military, Education and Training” grants for the professional development of the Pakistani military.

Pakistan’s military personnel and civilian population have sacrificed and suffered too much at the hands of terrorists.

Pakistan’s security operations have reduced the ability of certain militants to use Pakistani territory to conduct cross-border attacks.

This is a justifiable source of pride and relief for Pakistanis, and we admire your successes.

However, we remain concerned that the Afghan Taliban, and specifically Haqqani militants, continue to violate Pakistan’s sovereignty by using Pakistani soil to plan attacks in Afghanistan, including on our forces and presence there.

No state enjoys true sovereignty if its monopoly over arms and force is compromised by armed, non-state actors operating on its soil.

Security and stability start with social resilience; therefore, we focus strongly on supporting Pakistan’s own strategy for economic growth and development.

Our 70 years of relations has been marked by strong partnership with the people and government of Pakistan in this regard.

Together, we used American grants to help establish key institutions such as the Institute for Business Administration, the Lahore University for Management Sciences, and the Indus Basin Project, as well as build key infrastructure such as the Mangla and Tarbela dams.

Since 2009, we have committed over 524 billion rupees in assistance to advance Pakistan’s development goals: Energy, economic growth, agriculture, education, and health.

Since 2011, nearly 33 million Pakistanis have benefitted from USAID’s efforts to add more than 2,800 megawatts to the national grid.

In December 2016, we signed an agreement to provide over 8.

5 billion rupees for the construction of the Kurram Tangi dam in North Waziristan.

This partnership will result in the irrigation of more than 16,000 acres of agricultural land and production of 18 megawatts of electricity, enough to benefit 100,000 Pakistanis.

Last year, America and the Government of Khyber Pakhtunkhwa completed the 7.

It will irrigate 191,000 acres in Tank and Dera Ismail Khan Districts and increase business, trade, and jobs for 30,000 households.

Economic development is good for both Pakistan and America.

Two-way trade between Pakistan and America amounted to more than 576 billion rupees in 2015; Pakistan exports more to the United States than to any other country.

In return, America has consistently ranked among the top sources of foreign direct investment in Pakistan.

Small businesses and entrepreneurship can be catalysts for growth in Pakistan as they are in America.

Our embassy supports entrepreneurship groups and incubators, including the WECREATE Centre, which helps Pakistani women develop and operate businesses.

We want to see continued growth in our bilateral trade and ever more positive trends in Pakistan’s investment climate.

Private sector ties create lasting connections between the people of our two nations.

The American people invest more in our Fulbright exchange programme in Pakistan annually than anywhere else in the world, enabling Pakistani students to gain the skills needed to advance their careers and build a prosperous and fulfilling future for themselves and Pakistan.

While in America, a Pakistani student is an informal ambassador of Pakistan, no doubt changing perceptions and helping Americans re-examine some of their own assumptions.

When they return, we know Pakistani exchange students share their experiences.

This deepening of two-way understanding has intangible but invaluable benefits for our overall relationship.

There is an active network of 22,000 Pakistani alumni of American exchanges and English-language programmes throughout the country.

They work together to contribute to their communities and serve as informal ambassadors of the flourishing Pakistani-American relationship.

The highly successful community of Americans of Pakistani origin also contribute to our relationship.

Although our bilateral relationship has faced challenges at times in our history, American and Pakistani shared interests have shaped an enduring relationship over seven decades.

In an August 14, 1947 message to Governor General Mohammed Ali Jinnah, President Truman congratulated Pakistan on its “emergence among the family of nations” and pledged firm friendship and good will, saying, “The American people anticipate a long history of close and cordial relations with your country.

We rejoice with you in the prospect for rapid progress toward the advancement of the welfare of the people of Pakistan.

In over thirty years as a diplomat, I have learned that the most enduring ties between countries are those made at the people-to-people level.

The future depends not just on our leaders, or on our soldiers and diplomats.

It depends on our people, and whether this relationship can be shown to benefit their mutual prosperity, stability and security.

America is as committed to the relationship with Pakistan and its people today as when Pakistan was born, and will be for many years to come.

The writer is the US Ambassador to Pakistan.

When Mr. Xi comes to town

Fate of Punjab and KP assemblies