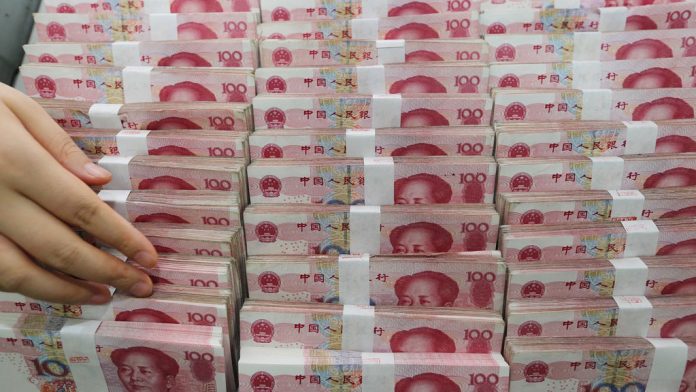 SHANGHAI, JUN 19 (DNA) – China’s yuan firmed against the dollar on Monday, supported by a stronger midpoint fix and as data pointed to more balanced supply and demand in the forex market amid Beijing’s tougher crackdown on illegal capital outflows. Traders expect more volatility for the yuan in coming months, however, amid mounting expectations that the greenback could strengthen again as the United States tightens monetary policy while China’s economic growth slows.

“The yuan is firm today, but going forward, much depends on the performance of the US dollar,” said a trader at a Chinese bank in Shanghai, who declined to be identified.

“After over five months of weakness, I expect the dollar index to strengthen again, which means there will be volatility in the yuan.”

Data released by the central bank on Friday showed its net foreign exchange sales fell to the lowest in nearly two years in May as the yuan stabilised, while regulators said China’s foreign exchange supply and demand was basically balanced during the month.

ING said in a note that the pressure on the PBOC to support the yuan had diminished. “With the tweak of the PBOC’s USDCNY fixing formula and in a weak-USD environment we expect exchange market intervention will swing from this month at the latest from supporting the CNY to supporting the USD. Our year-end USDCNY forecast is 6.72.”

Also on Friday, China’s insurance regulator said it would continue its months-long crackdown on illegal sales of Hong Kong insurance products by mainland agencies which it said had led to asset outflows and even money laundering.

Traders said that MSCI’s decision this week on whether to include China stocks into its emerging market index would have limited short-term impact on the currency market, with more attention being paid to China’s economic outlook and monetary policies.

Larry Hu, analyst at Macquarie Capital Ltd, expects China’s economy to slow in the second half, while the PBOC would likely keep the benchmark rate on hold for the whole year of 2017.

Hu expects “higher volatility” for the yuan in the second half. “The USD/CNY might break 7.0 if the US$ strengthens, but end the year at around 6.9,” he wrote.

On Monday, the Thomson Reuters/HKEX Global CNH index , which tracks the offshore yuan against a basket of currencies on a daily basis, stood at 94.16, weaker than the previous day’s 94.19.