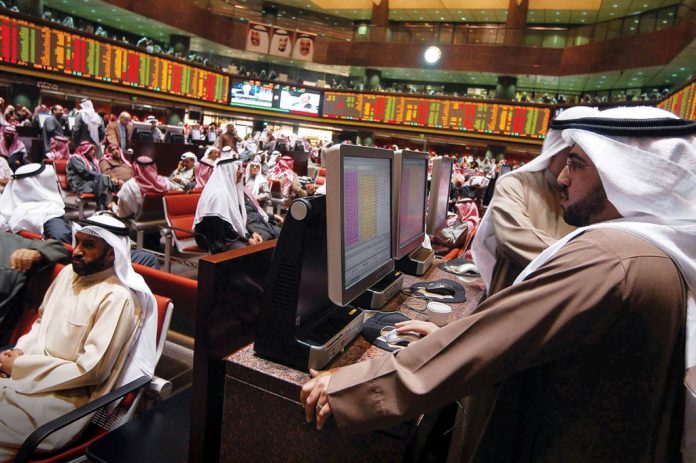 DUBAI, JUN 18 (DNA) – Gulf stock markets were little changed in early trade on Sunday as low oil prices, with Brent crude just above $47 a barrel, deterred buying and diminished liquidity. The Saudi stock index rose 0.2 percent. MSCI will announce on Tuesday whether it is adding Saudi Arabia to a list for possible upgrade to emerging market status, which could attract fresh inflows of foreign money.  Some stocks expected to benefit from such flows rose, with Saudi British Bank climbing 3.3 percent to its highest level since early January.

The Saudi labour ministry said at the weekend that it was working to transfer around 8,000 remaining workers at financially troubled construction company Saudi Oger to other firms. A spokesman for Oger could not be reached for comment, while a source close to the company said there was no decision to close it down.

Most Saudi banks are exposed to Oger debt but many have already taken partial provisions for it, while any wind-up process could be prolonged. Bank shares in general did not appear to move in reaction to the Oger , though National Commercial Bank was down 0.8 percent.

But Union Properties, the most heavily traded stock, gained 2.5 percent after saying it had entered an agreement with Al Ramz Capital to provide liquidity for its shares. Al Ramz is permitted to own up to 5 percent of the company’s shares under the deal.

Qatar, which has been hurt by the sanctions against Doha by other Arab states, dropped 0.8 percent in a broad-based decline; 26 stocks fell and 10 rose.

Doha Bank dropped 2.9 percent after the exchange said subscriptions to 3.3 million shares in the bank, which had been unsubscribed in its capital increase, had been completed.=DNA