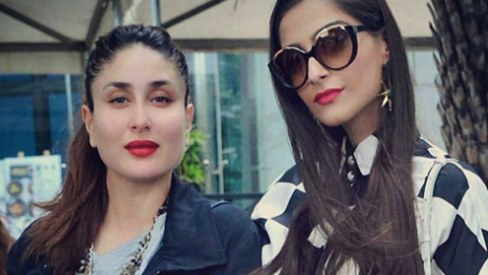 Rumours claimed that Kareena will be playing a pregnant woman in her upcoming film Veere Di Wedding, but as always, rumours will be rumours.

In an interview with PTI, the actor dismissed all such talk. “No, [I’m not playing a pregnant woman]. I will [also] not have six-pack abs, but I will have three-pack abs in the film,” said the Ki and Ka actor.

Kareena Kapoor, who will be seen alongside Sonam Kapoor, Swara Bhaskar and Shikha Talsania in the film, has been thrilled to work on this project ever since she read the script, so much so that she’s been spilling the beans on the film.

“There has never been a story about women, about four girls. It’s not about four sisters. It’s the story of four friends. It’s about a wedding. It’s about my wedding in the film, and my friends,” she revealed.

Dishing further on the storyline, she said, “It’s an original film. It’s an emotional bond between friends, it’s young and fresh. I have been talking about Veere Di Wedding since nine months as I have genuinely liked the film and I am quite excited to start it,” she said.

Rhea Kapoor’s production is meant to explore the spirit of modern day women.

Kareena explains why she is so enthusiastic about the film and says, “Normally everyone wants to be part of a love story in which the actors look great and locations look fabulous. After Ki and Ka and Udta Punjab, I wanted to do something slightly different.”