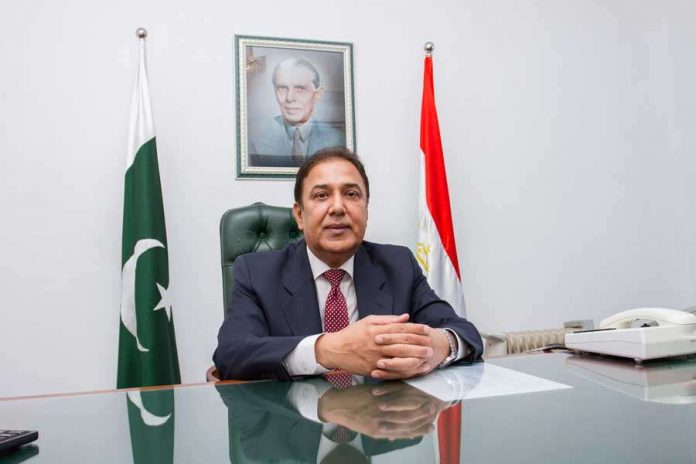 DUSHANBE (DNA) – Such an assessment by the Pakistani Prime Minister Muhammad Nawaz Sharif recently voiced in Islamabad, according to the Ambassador of this country to Tajikistan Mr. Tariq Iqbal Soomro, had been reaffirmed during the meetings of E. Rahmon with the heads of the central institutions of the European Union in Brussels.
It should be recalled that now the President of the Republic of Tajikistan is on a working visit in Brussels and has already completed a number of very beneficial meetings with senior leaders of the European Union and its banking structures and investment.
In particular, the President of the Republic of Tajikistan Emomali Rahmon during a working meeting with the President of the Council of the European Union Donald Tusk, which was held yesterday in the Brussels city of Belgium talked on improvement of the socio-economic level and ensuring stability and security in Afghanistan.
The sides discussed the implementation of the projects for construction of roads and railways, laying power lines, construction of hydropower facilities and powerful enterprises in the territory of Tajikistan, which is directed to the benefit of all the people of the region, known the main factors to improve the socio-economic level of living inhabitants of the area.
Also at the meeting of Emomali Rahmon with the President of the European Commission Jean-Claude Juncker was discussed cooperation between Tajikistan and the European Commission in the field of energy, construction of hydropower plants, laying of power transmission lines, including project CASA-1000, large-scale transport and energy projects aimed at the connection of the regional power and transport networks in Central Asia and South Asia.
According to the press service of the President of Tajikistan at a meeting of Emomali Rahmon with the Vice President of the European Investment Bank Jan Vapaavuori, which was held yesterday in Brussels on the contribution of the European Investment Bank in the implementation of projects of railways, roads, power plants and power transmission lines, including project CASA-1000 power transmission line for supplying electricity to Afghanistan and Pakistan took place beneficial dialogue.
These projects had a regional importance, were aimed for linking the countries of the region and thus improve the socio-economic level of the residents of the region, to reduce the threats of the modern world, including terrorism and religious extremism.
On the effective activities of Tajik President at solving the problems of the region, Ambassador Extraordinary and Plenipotentiary of the Islamic Republic of Pakistan Tariq Iqbal Soomro has such thought: “President of Tajikistan Emomali Rahmon in sight of all Pakistani nation is as the leader of a great nation, public servant of brother nation and sincere friend of Pakistan, which not only for Tajikistan, as well as for Pakistan wishes the stability and prosperity.
Leadership and our people tribute the far-sighted initiatives of Emomali Rahmon for the national, regional and global development in different sectors, including the International Decade for Action “Water for Life” (2005-2015 years) and construction of electricity transmission lines with all region.
Only such rare and far-sighted national leaders like President of Tajikistan Emomali Rahmon, can expand such a good and constructive atmosphere through the sincere, loyal efforts directed for the benefit of all humans in the region.
Recall that Emomali Rahmon in all of the meetings with world leaders and heads of international organizations always put at first the issues on fight against terrorism and extremism, joint resistance against the risks and challenges of the modern world and express readiness of Tajikistan for cooperation in this direction.

Pakistan’s Geostrategic Significance: A Potential to become a transit economy