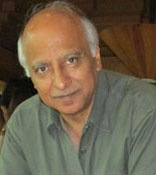 The European Union (EU) and Switzerland signed a tax transparency agreement late last month that will put an end to Swiss banking secrecy for EU residents. The two sides will start sharing data on residents’ financial accounts from 2018. The data will include names, addresses, tax identification numbers and dates of birth, as well as a broad set of other financial and account balance information, according to the agreement.Work on similar deals with small princely states such as Andorra, Liechtenstein, Monaco and San Marino, some of the most favoured tax havens and parking lots for dirty funds, are also underway. Notorious current and ex-rulers can easily stash funds there without disclosing their source. Not only have members of ruling elites from Pakistan, India, most African countries and the Gulf abused the Swiss laws and off-shore companies hidden ill-gotten money, even celebrities such as Boris Becker, John McEnroe did the same, without declaring their funds at home. These Western celebrities often paid heavily for non-declaration of funds in Switzerland or in the accounts of off-shore companies because financial accountability and the rule of law hardly leaves anybody off the hook.
But extremely poor law-enforcement and little accountability, say in Pakistan, kept encouraging politicians, businessmen, indenters and generals to stash huge funds in Swiss and French, or Cayman Island accounts. The infamous Cotecna cases involving former premier Benazir Bhutto were a case in point. Her family has had bank accounts in France since the mid-1970s. Similarly, a former air chief too had maintained an account in the Paris branch of a local bank since the late 1970s. This was the time when Pakistan purchased the first batch of Mirage fighter aircraft from France. But following years of criticism, Switzerland is gradually caving in to international demands for opening its banks to international scrutiny as part of a global campaign against slush funds. Until recently, a 1934 Swiss law had strictly limited any information shared with third parties, including tax authorities, foreign governments, or even the Swiss authorities. Switzerland recently published names of foreign tax evaders after it had received numerous requests from Russia, France, Germany, India and other countries. This means bad news for those who plunder countries under their rule and then make it safely to the tax havens in the West. Demands for access to and extradition of such absconders from China have also been on the rise. The Chinese government has signed protocols with some countries in order to go after those of its nationals who escaped with looted money.
Ironically, while the countries they rule continue to get the flak for corruption, abuse of power and misgovernance, these predators find unquestioned social and financial refuge in major countries such as the US, the UK, Germany, Canada, Berlin, the UAE and even in South America. While in power, most Asian and African leaders keep storing money abroad through off-shore companies. These affluent regions are used as parking lots for the dirty money the ruling elites make in their respective countries, particularly those from conflict or war-affected nations.
The world needs an international watchdog that could keep track of the ruling elites from developing countries — at least those in power — and see whether and how their assets swell. Major Western capitals also need to put tracking mechanisms to prevent ruling elites from parking their dirty money there.
Is the EU-Swiss deal, therefore, bad news for our ruling elite? Will the US and Canada also follow suit to come clean on the allegations that they too host a number of outsiders with filthy money? Western nations need to strictly deal with the issue of money laundering by influential individuals as seriously as they deal with individual countries, which are often lambasted for corruption and misgovernance. This should lead to a major Western crackdown on financial corruption in developing countries.
Imtiaz Gul is the executive director of the independent Centre for Research and Security Studies