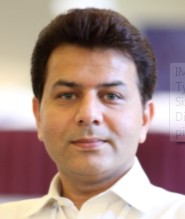 Hardly ever before in the history of this region an Asian heartland power has had a conflict free access to the warm waters of The Persian Gulf and the Arabian Sea. While it is unprecedented it is also highly alarming for the imperial powers and their affiliates who have held unchallenged sway over the region for centuries. It redounds to the credit of the special relationship between China and Pakistan over the past six decades. This historical miracle has now started to blossom; manifestly, in the form of the trading corridor between Kasghar & Gawadar – a strategically located deep sea port at the mouth of Persian Gulf which produces major quantities of oil & gas without which the engine of progress of all developed and developing countries cannot run.

Blissfully, China has emerged as a mighty economic power and a monumental production house for the rest of the world. It was therefore a propitious point in history for China to reach out to the poor and exploited nations of the south and south west Asia and beyond to the still dark continent of Africa.

Pakistan’s role in providing the trading avenues to China’s economic and strategic push through peaceful means will finally obliterate the vestiges of imperialism/colonialism from this part of the world. The corridor is no small achievement. It is going to cast a very long and benevolent shadow over the whole of this area.

However, dazzling as it might be, the plan of corridor and its implementation is not likely to come without a price. The entrenched powers who have had unfettered clout over this area for a long period of history are bound to resist and create hurdles. Already, there are signs of nervousness among the western powers and their allies such as India, Israel and the UAE.

It’s not to say that India with its 1.3 billion population should not be allowed to benefit from the potential of this prodigious corridor as it will benefit their teeming millions living below the poverty line. But there are historical roots of conflict-not one but several which are likely to impede and retard the progress of a functional trading route. These conflicts are enumerated below:

For a long period of time the Kashmir freedom struggle against India remained on the back burner as the western powers had given a free hand to India’s state sponsored terrorism in Kashmir. Lately however, the movement has picked up momentum specially in the veil of Kashmir casting shadows of an armed conflagration between the two nuclear powers of South Asia. The special feature of the movement this time is unqualified leaning to join with Pakistan. More the movement moves forward on this course the more it will arouse public sentiment of the Pakistani people forcing the GOP to take a firm position even if it impinges on the well being of the corridor.

Now, we know that the Chinese too have stakes in Kashmir. They have been lodged in at Aksai Chin Plateau since 1956. Such is the strategic importance of this Plateau to the Chinese strategic thinking that they chose to go to war with India over its control in 1962. That notwithstanding, the Pakistani nation has an unflinching emotional and historic commitment to the cause of Kashmir that any attempt to compromise on this issue will inevitably inflame the national sentiment to a new pitch if the corridor appears to be favoring India bypassing the Kashmir cause. Therefore, any visible endeavor to direct the corridor towards Delhi will draw flak and create problems.

It seems unlikely that India’s ambition to bypass Kashmir and building an overland trading nexus with China and Central Asia is going to be an easy proposition. As a prerequisite therefore, Chinese diplomacy and negotiating skills ought to be used in finding an equitable solution to the Kashmir dispute simultaneously as we proceed to lay out a functional corridor through these territories. It should not be forgotten that the first leg of corridor through Gilgit Baltistan passes through the domains of Kashmir where RAW is already engaged in acts of subversion and sabotage.

Afghanistan continues to be on the boil. Resistance to NATO’s occupation, installation and hoisting of a US surrogate government in Kabul will continue despite pressures from Pakistan and possibly from China. The so called Doha dialogue is not going to yield any results if it all takes place. Yet, peace in Afghanistan is vital to the success of the corridor. It has two important components.

First, NATO’s occupation of Afghanistan will continue to rankle not only the prospects of peace in Afghanistan but also comfort of the strategic countries adjoining Afghanistan.

India’s larger than life presence in Afghanistan specially their oversize intelligence footprint has to be removed to make sure that the corridor’s safety becomes tenable.

Tribal areas of Pakistan are still partially disturbed in spite of the success of the operations Zarb-e-Azb, Khyber 1 and Khyber 2. It can be logically assumed that if the Indian intelligence presence in Afghanistan and NATO’s withdrawal does take place the corridors and western flank will be more or less secure. It would not be outlandish to think that Afghanistan would not revert to peace. In fact, if Afghan nation is allowed to work out their affairs without external interference they would achieve the peace goal rather easily.

Concerted efforts are going on to make Taliban (Afghan Freedom Fighters) to bend and join Ashraf Ghani’s proxy government. It can result into two different possibilities;

(a)If they defy the friendly pressure we shall have not too friendly a government in Afghanistan over a long period of time as Mullah Omer’s freedom fighters would attribute the arm twisting by their friend as an historical betrayal.
(b)On the other hand, if they yield to the pressures, the freedom movement will fragment leaving a wide space for Da’ish to move in quickly to replace Taliban as they are doing in the Middle East. The prospect of Da’ish in Afghanistan will virtually scuttle in Afghanistan.

The ongoing insurgency in Balochistan in somewhat small parts of that large land mass is not a significant factor which could impact the commuters of the corridor. The big tribes like Marri, Bugti and even Mengals are not actively engaged in any subversive activities. Still, if the altered route of the corridor creates a sense of alienation and deprivation in Balochistan the movement has the potential to increase in intensity and volume.

The trouble being faced in Karachi should not be seen in isolation. Karachi remains the only entry port (until Gawadar becomes functional) from the south to China and Central Asia. It is abundantly clear that Indians are bending over backward to vitiate the trading and economic environment in the metropolis. Would they not try to do the same to Gawadar for similar reasons? Therefore, it is necessary to block their ingress and caution them to stay away.

Pakistan defense ministry is already raising the Division Plus Force for protection of the corridor. But given the nature of the danger it would be necessary to raise the stakes of the local populations through which the corridor passes.

I have narrated some of the salient points which require to be considered with a sober mind. Yet, I believe strongly that the time for building the corridor was never more appropriate than today. Hence, we have to take bold and imaginative steps to put this plan on ground and take care of the risks where ever they raise their head. I am confident that Kasghar-Gawadar corridor will change the destination of this region and will stand as a great monument to Pakistan-China friendship which is Deeper than the Oceans and Taller than the Himalayas.