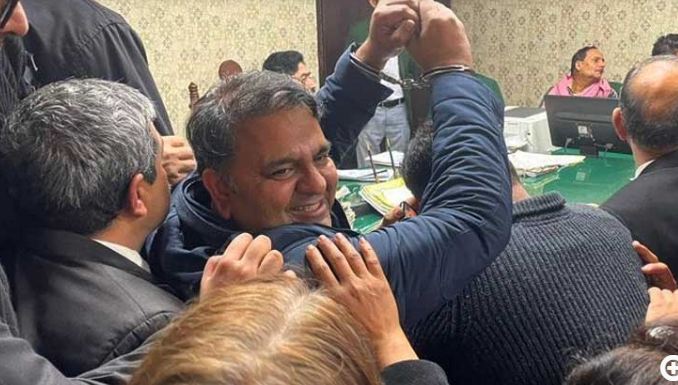 The PTI leader has been produced before the court of duty magistrate Naveed Khan and the counsels of the PTI and Election Commission of Pakistan (ECP) have also reached the courtroom.

A large number of PTI leaders and workers are also present outside the court.

According to sources, Fawad Chaudhry will be shortly produced before the court in F-8 and a huge contingent of police has been deputed at the katchery.

The police high command through wireless call has directed the personnel to reach F-8 to avoid any untoward incident.