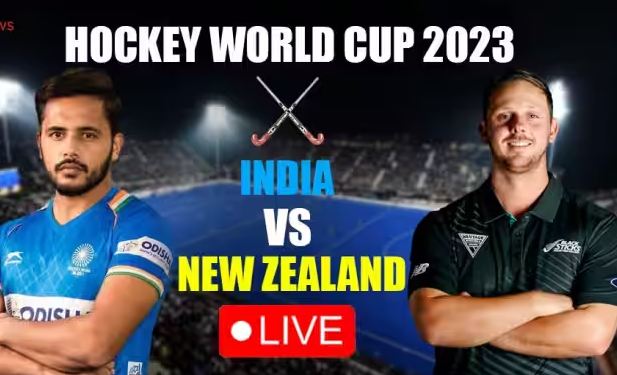 BHUBANESWAR, JAN 22: Indian men’s hockey team prepare for a tough battle against New Zealand in their crossover match of the Hockey World Cup 2023. The Harmanpreet Kaur-led side finished at second spot in their Pool after failing to beat Wales in their last match in first round by a 8-goal difference. India needed a massive win over Wales after England, the pool toppers, thrashed Spain and needed a big win from India to topple them at the top. In case you don’t know, the pool toppers qualified to quarter-finals while the second and third placed teams play the Crossover matches. India need to win vs New Zealand to book a spot in the quarter-finals of the tournament.

India ar already on back foot ahead of the match. The reason is Hardik Singh, India’s top midfielder, getting ruled out of the Hockey World Cup due to a hamstring injury. Some reports are also saying that Mandeep Singh’s availability is also not sure as he has a knee trouble. We will know what the playing 11 is once the match starts but coach Graham Reid is surely under pressure to deliver with a team lacking key players as well as form.

The hosts looked listless in the Wales match despite winning it 4-2. They were required to boss the game throughout the 60 minutes but that did not happen and against New Zealand, India need to get back to their best hockey.