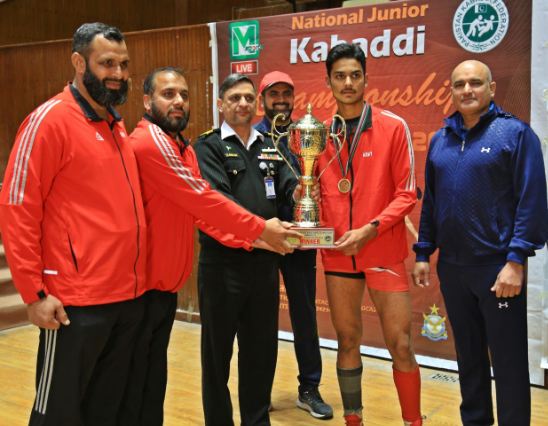 Coming into the finale with a commanding win in the semi-final against Punjab, the summit clash was bound to play some thrilling action as Army team looked like powerhouses and picked as favourite team in the decisive final.

The match started in fine fashion for the army as the defensive unit sprung to life early in the first half and made some attacking game as army skipper Usman Arshad, Anas Nazir and Muhammad Hassan picked up a couple of points which gave Army an early lead in the final game.

Army players completely dominated in the final and never allowed the opponent Wapda to come back in the game and won the final by 56-19.

Punjab won the third position in the championship by defeating Police 72-44 points. Ten teams participated in the four day championship.