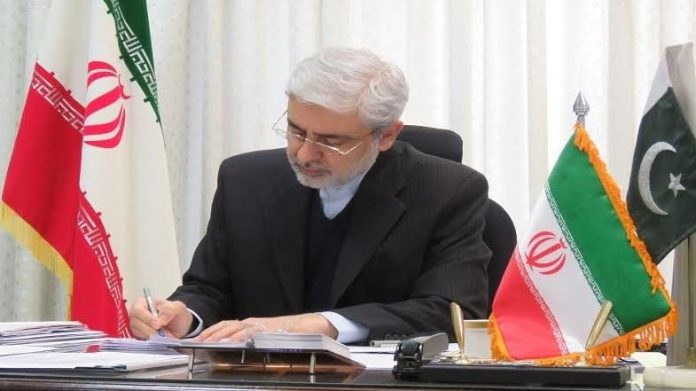 During the few last months, some materials are published by different news agencies including Western Persian-language media, and they are published in the mainstream or social media, which raise unfair and unrealistic allegations against the Islamic Republic of Iran. Here effort is made to scrutinize into some different aspects of these allegations, facts about the internal events in Iran and the real reasons behind attributing such allegations to Iran.

Western countries, by supporting and equipping hostile groups and enemies of the I.R. Iran, arming and providing facilities, ammunitions, intelligence feeding and financial supports for them, try to induce disorder and mutiny in Iran. Thus their media produce fake, false and unreal content in the TV channels and newspapers. The antagonistic content published in the media, financed and supported by them, engage various issues, including nuclear energy, human rights, military, security etc.

They even tell their pawns through their news line in the cable TVs to seize and disarm Iran’s military and security institutions and even ask people to infringe the state buildings or ask the states to suspend or withdraw diplomatic relations with Iran.

Despite the politicized, fallacious and unreliable allegations by these media, the true reality is something else practically. During the last decades, the people of Iran have endured the cruellest international sanctions and the secondary sanctions imposed by America just because they want to enjoy their inalienable right for peaceful atomic energy.

Despite complying with its international obligations; Iran has faced the maximum pressure campaign imposed by the previous American president. Shortly after, Major General Qasem Soleimani, Iran’s senior military commanders and the hero of the fight against terrorism and extremism was assassinated during an official mission to a foreign country. Then, the pandemics of Corona Virus plagued and swept the region and the world. In this situation, more than 150,000 Iranian citizens died as a result of the lack of vaccine export to Iran at the proper time due to the sanctions and the obstacles posed by west. However, a little later, Iran managed to produce the first Corona Vaccine in the Islamic world and could not only overcome the mortality rate, but to export vaccine and the other medical equipment to the other countries by relying on the domestic science.

After the Corona pandemics and at a time when the world was heading to recover itself from the shocks caused by this ominous virus, and to revive their economy and social resources, the lamentable death of an Iranian woman caused some agitation and created some controversy against Iran.

In this atmosphere, some of the western countries along with their supported media, contrary to all the principles and rules of the international law, have called for turmoil against a United Nations state member, and asked protesters to resort to the aggressive measures, destroy urban infrastructures and public and private properties, and in a word to turn to hooliganism in order to achieve their goals. At the same time, tens of Iranian law enforcement forces were killed due to the assault and battery exerted by the rioters or by cold weapons or direct gunfire in the streets. According to the law, this people were performing their legal duties to establish order.

Smuggling of weapons and ammunition from outside the borders into Iran, destruction of the public property, disruption of the democratic order and public order, arson, vandalism, threat, intimidation, assault and battery, assassination, terror and lynching are only parts of the destructive and illegal actions done by this so-called freedom fighters and defenders of the women’s rights. Most of the weapons used by them are foreign and unknown in Iran, thus exported from outside the country. Just like enemy soldiers, their task is to disrupt order and security.

During the investigations, some detained rioters have admitted connection with the intelligence services of the foreign countries. In one of the cases, the ISIS terrorist group attacked a religious site and martyred dozens of women, men and children praying in Shahcheragh Shrine of Shiraz. Still, the propaganda machinery against Iran acted so brazenly that even when the ISIS officially accepted the responsibility of the terrorist attack in its media, the hostile groups and their media distorted the reality to insinuate its audience that it is carried out by the forces affiliated with the government.

Westerners and their biased media have launched their propaganda machinery to promote violence, aggression and terrorism in Iran. Therefore, by settling in the countries that claim democracy and respect for the rights of nations, openly and blatantly act against the territorial integrity, sovereignty, national unity, stability and the national security of a member state of the United Nation. This is while the international community, international organizations and even some supporting states, stay silent before this inequity and breach of the international law. Even some countries, including the USA and its allies, openly support them and finance them. The thirst for power in these hostile, rioter groups is to such that they do not hesitate to take any brutal, violent and deadly action to build a case against Iran in order to divert public opinion and influence the feelings of the masses.

Announcing grandiloquent and deceptive slogans such as seeking freedom and defending women’s rights is not only a lie, but also a cover for creating disorder and damage to the democratic structures, spreading hatred, creating ethnic conflict and sectarian war in Iran. With a brief look at the functional and organizational history of each of the active groups in the recent riots, the veracity of this claims and the falsity of their allegations will be determined. The documents and evidence of the contemporary history in the last few decades evidently testifies their brutality, selfishness, divisiveness and the morbid desire for the power.

For example, in the past, and during the Iran-Iraq war, in alignment with the Iraqi Ba’ath regime and using borrowed weapons, the hypocrite group of MOK attacked the border cities of Iran and massacred thousands of women, children and unarmed civilians. Presently once again, this group activates its death squads against the people of Iran in two phases including field operations in the Iranian cities, and then the psychological warfare operations in the cyberspace through spreading lies, slander and libel and fabricating criminal cases against government and publishing unrealistic contents in their media in order to reverse the facts about Iran.

During the last decades, hostility, terror and killing of the civilians have been the common pain of the two great nations of Iran and Pakistan. The two countries have suffered from this blights and families have lost their loved ones as well. Therefore, the honourable people of Pakistan understand this pain as the two countries have sacrificed many precious martyrs for the cause of security, stability and peace.

To conclude, it is worth mentioning that the two friendly, brotherly and neighbouring countries of Iran and Pakistan have always supported each other in the hard times throughout the history and are proud of their cultural, linguistic, ethnic and religious links and commonalities. It should be remembered, and of course, a brief look at the region confirms it, that the security, stability, sustainable development, integrity and constancy of the geopolitical and geostrategic position of the region and its party states, comprise a comprehensive and monolithic entity. Therefore, the security and stability in one area can contribute to the security and stability of the other areas in the region. Strengthening the geo-economy of the region, boosting the economic and commercial prosperity, connecting the border crossings gates, expanding the transportation corridors, guaranteeing safe and current flow of energy and finally maintaining the security of the infrastructures in the region, all and all, require security, stability and continuity of the geographical borders, territorial integrity of the countries of the region, internal security and political stability throughout the region.

The Writer is the Ambassador of Iran to Pakistan