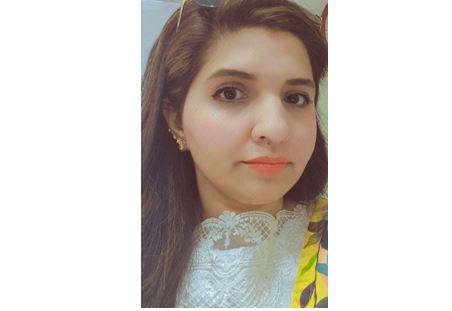 Post-Cold-war a shift is observed in the world politics and system. But the primary actor in the international system is still a state because all the activities of the world politics and affairs revolve around the state. To ensure its survival and security a state enhances influence and control over its neighbors and region through economic activities and military equipment. Today these activities and measures are creating highly complicated situation. The new trends of economic activities, mutual trade and the access to resources like coal, oil, gas, and coal as well as to control geo -economic instruments are being introduced

The physical entrance into a certain region or state is referred to as routes, which are both a topographical and a tactical concept. The domestic growth impacts by routes or in area of security and development. Routes are also a key instrument for revealing the qualitative relationships between the states and for providing open doors to greater economic efficiency, safety, rural growth, and access to urban or international markets. Having easy access to market is the most important of all these benefits since without it, a state cannot maintain its economic and commercial events.

The boundaries of Pakistan, particularly the province of Baluchistan, have historically been crucial for gaining control of influence, pursuing development, and attracting attention from the globe. In the contemporary world, the position of Gawadar is highly appealing to regional and global powers who are interested in the South, West, and Asia from a strategic and economic standpoint. Gawadar lies at the entrance to the Persian Gulf in the south while being adjacent to the Chinese region of Xinjiang in the north. The proximity of its harbor to the Hormuz Strait, a route for nearly 17 million barrels of oil per day, makes it the ideal location between three important regions: South Asia, the Persian Gulf (rich in oil), and Central Asia (resource-rich in oil and gas), which further increases its strategic value.

Moreover, powerful states like China, United States, Russia and regional states are willing in extending economic dominance in this region due to its terrestrial and strategic value. Gwadar stands out in the global maritime scene as an alternative to Dubai (beyond the Strait of Hormuz’s choke point and shallow seas), due to its closeness to important SLOCs and its importance to the new great game as a member of the so-called String of Pearls.

China is Pakistan’s main partner in commerce, investment, and defense relations. CPEC, the centerpiece project of China’s larger Belt and Road Initiative, is being vigorously pursued as it moves forward with economic projects in the area. China has an alternative for the Strait of Malacca because of Gwadar, which shows that all the participating nations may benefit strategically from using the coastlines of Gwadar and Makran owing to the access to the coastline that can provide economic and strategic goals in the region. It can increase access across the Hormuz Straits and the northern Indian Ocean, enabling admission to marine channels for China.

The majority of Afghan trade, which includes everyday necessities and critical foods, passes through Pakistan. After the US and NATO withdrawal, Pakistan would unavoidably need help throughout the reconstruction and rehabilitation phase of Afghanistan. Pakistan practically continues to be the most practical choice for regional connection with Afghanistan, notwithstanding Indian investment or desire for alternatives like the Chahbahar Port of Iran.

The geopolitical interests of the main countries converge in Pakistan. Two Muslim and two non-Muslim states are positioned on either side of a vast body of water. It is situated between three nuclear-armed states and also possesses nuclear weapons of its own. Due to its geostrategic and geopolitical significance, it has been and continues to be the focus of the desires of the great powers. According to academics, the benefits of 21st-century economic progress are being felt throughout the Asian continent. The Asian continent may benefit from this evolution in terms of both affluence and the scope of power. However, some academics also assert that political instability and personal vendettas are promoted by economic development slogans. Political unrest results from economic growth because it disturbs regional and international power dynamics.

Stephen Cohen rightly stated that Pakistan’s geography has been its greatest benefit. Owing to the fact that Pakistan can gain extreme economic benefits by utilizing its geographic location intelligently, however, Pakistan is facing internal and external security issues that give rise to a less productive economic environment for neighborhood states and superpowers. The government’s role to deal with internal stability issues related to terrorism and insurgency, specifically in Baluchistan and in the north of Pakistan, is crucial. Furthermore, without comprehensive planning and infrastructure for international trade and transportation, it is almost impossible to achieve the benefits of our transit routes.On international level, Pakistan, being a littoral state, must develop positive relations with the rest of the littoral states of the Indian Ocean. Rigorous efforts to meet international Maritime standards will further top our efforts in becoming a transit economy.