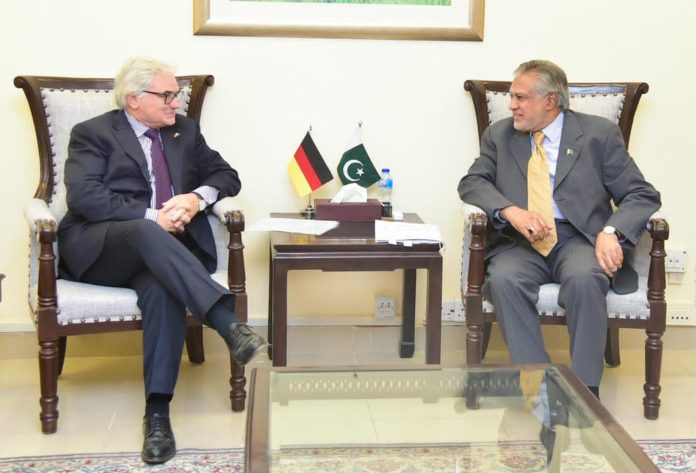 The Finance Minister briefed Alfred Grannas about the economic policies of the present government aiming at promotion of trade and investment. He also shared the potential avenues for investment present in Pakistan through which both countries can further deepen the commercial and economic ties.

Ambassador of Germany shared sentiments of gratitude with the Finance Minister on offering the cooperation and support for enhancing and strengthening bilateral relations between both the countries.

The Ambassador also showed keen interest for getting benefit from investment opportunities in Pakistan in various sectors.

The Finance Minister, in conclusion, thanked the German Ambassador Alfred Grannas and offered full support and cooperation for future investment endeavours in Pakistan.