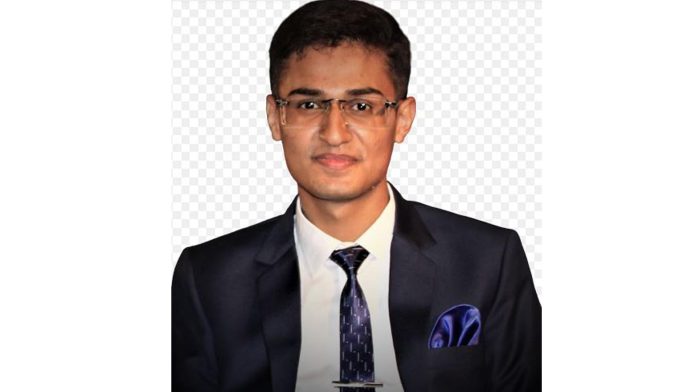 It is the law of nature to keep the flow of change constant. This series of expansions and transitions in the universe will continue forever. This universe was created for man. Just as variation is inherent in the nature of the universe, so also the human being living in the universe was told to vary. Mola Ali (May Allah blesses him and grants him peace) said: “Do not raise your children as your parents raised you. They (children) are born for different times.” If a person does not follow this rule in every sphere of his life, he will be left behind.

History has shown that when Hulagu Khan invaded Baghdad, Iraq, Muslims were engrossed in luxuries and engaged in vain debates. But no one was focused on building a strong defense system. Then, as a result, the eye of the beholder saw that the Mongols had built a tower of heads in Baghdad. One of the main reasons for this horrific catastrophe and defeat was inattention and lack of change in the field of defense. In light of this important natural principle, Pakistan today also needs full attention and change on its political, social, economic and especially on the defense front. The definition of security has changed over time.

The previous Government did a commendable job in the domain of environmental security. In June2022, 1.8 billion trees have been planted in different parts of the country, which is noteworthy. All brickkilns in Punjab are working on “zigzag” technology. Customs duty on the import of electric vehicles was reduced from 25% to 10%. All such measures are contributing to the strengthening of environmental security.

Unfortunately, our society is at low ebb. Lack of quality education and relentless negative use of social media are the main reasons for this social degradation. Due to this standard educational crisis, high moral values are disappearing from our society. The misuse of social media has led to an increase in various social issues. John Kerry, a US (a country of human rights activists) politician and former Secretary of State said in 2008 during an announcement that 1.4 billion had been allocated to bring about ideological change in the minds of the Pakistani people.

When such tactics are used, our social security is called into question. Niazi Regime’s effort in this regard is commendable, such as the establishment of the Rehmat-ul-Alamin Authority for character building and the celebration of religious festivals at the official level with full zeal and zest. The PECA (Prevention of Electronic Crimes Act) Ordinance may also help to prevent electronic crimes after consensus with all stakeholders.

The Western powers have usedvarious maneuvers to keep small and developing countries in perpetual economic torture. Institutions such as the IMF and the World Bank paralyze national security, independence and sovereignty. In return for loans, these institutions influence the internal and external decisions of the country. In this regard, the National Security Policy for 2022-2026, formulated by the tireless efforts of the Khan’s Government and the Pakistan Army, is an important milestone. In this policy, there is a consensus among all stakeholders that economic stability is the only guarantee of national security.

According to this policy, economic stability will be the focus of present and future attention. Steps will be taken to increase exports and reduce imports. A policy of minimizing dependence on Western financial institutions will be adopted. All of these measures strengtheneconomic security.

In the field of defense, Pakistan is trying its best to gain autarky according to its capacity and capability. Pakistan is building world-class fighter jets like JF-17 in Kamra, Attock in collaboration with China. Complete self-reliance in this field is associated with economic stability. So, now economic stability is indispensable. Our neighbor is ruled by HindutvaIdeology.

They are raising the slogan of “Akhand Bharat”. And he is striving hard to make that dream come true. The acquisition of the Russian-made S-400 missile system is another important link in this chain. The acquisition of such a modern and deadly defense system upsets the balance of power in the region. Pakistan will have to innovate and change its conventional weapons along with nuclear deterrence. In fact, we can no longer cope with nuclear deterrence against our neighbor, who is constantly on the brink of war.

Because the use of nuclear weapons means “Mutually Assured Destruction (MAD)”. This does not mean that we should abandon our nuclear program. Otherwise, our situation could be similar to that of Ukraine, Iraq, Palestine and Syria. Therefore, it is necessary to pay full attention to the field of conventional weapons and give them full importance. This is a discourse on the need for concrete steps to address external threats.

The dear homeland is facing external threats as well as internal rifts. These internal threats also challenge the state writ. These include insurgent movements such as the Baloch Liberation Army (BLA), the Pashtun Tahafuz Movement (PTM) and the SindhuDesh, which in one way or another try to tarnish the country’s image and the law and order situation.

What are the factors and motives that have forced these people to take up arms against the state and state institutions? The state must deal with such stimuli and factors. If the problem is to adopt an unequal attitude towards the provision of basic necessities, then the matter should be settled by mutual understanding. So that such movements do not become bait for our external enemy and do not seem to be fulfilling their own goals. Dozens of brave young soldiers and officers have been martyred in Balochistan, on which every eye sheds tears.

The nation can no longer bear the trauma. Whoever has the right should be given it in full so that other people who are talking peacefully for their rights do not challenge the state writ and do not follow in the footsteps of others. Their legitimate demands must be heard and immediate actions must be taken. Every citizen of Pakistan should have equal rights and full protection of every kind by the state. The same thing has been reiterated in the 1994 United Nations Human Development Report on Human Security drafted by Mahbub-ul-Haq.

In this way, political stability will come into the country. When there is peace and tranquility in the country, then the state institutions will be able to deal effectively with external threats. By following all of the above mentioned steps, the changing definition of security in thiscontemporary world can be met and stability can be achieved in five areas of security coined by Barry Buzan.

The author is a student of BS Strategic Studies at National Defence University, Islamabad. He tweets at @afnanwasif