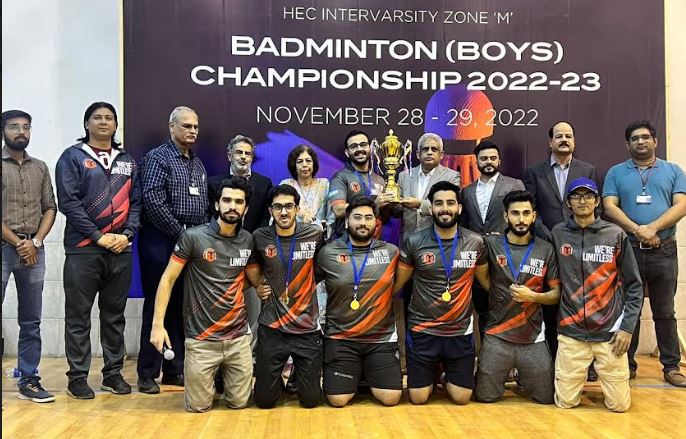 ISLAMABAD, NOV 30: As many as 10 teams participated from across Karachi at the HEC Intervarsity Zone M Badminton (Boys) Championship 2022-23. The tournament was held at the Institute of Business Management (IoBM) on November 28-29, 2022. IoBM defeated NED in the finals by 3-1 to lift the trophy for the third consecutive year.