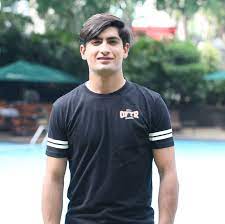 RAWALPINDI, Nov 29 (APP):Pacer Naseem Shah is looking to rise to the occasion in the three-match Test series against England, saying he will be trying his best to bowl according to the situation and the team’s requirements.

The first Test between Pakistan and England is commencing on Friday in Rawalpindi. The 19-year-old Naseem, who has picked up 33 wickets in 13 Tests since making his debut in 2019, will be spearheading Pakistan’s fast bowling attack in absence of his new ball partner Shaheen Shah Afridi, who was ruled out of the series due to a knee injury.

“Obviously it makes a difference when a very good bowler of your team [Shaheen Afridi] gets unfit, but we will try to do our best by making good use of the new ball,” he told media at a press conference at Pindi Stadium on Tuesday.

He said Pakistan had a strong bowling line-up and it would bowl England by seeing what sort of batting approach they adopt.

“I don’t trust the pitch until I bowl the first ball. I have never checked the pitch before the match to gauge as how it will behave. I believe as a bowler you always need to bowl well everywhere in the world. A bowler-friendly pitch does not mean you start bowling carelessly,” he said.

He said Pakistan’s fast bowlers were working hard and were in great rhythm to perform. “They are also quite familiar with the conditions at the Pindi Stadium as they have been playing here in Pakistan Super League and domestic matches. I think all are ready, and hopefully will play positive cricket.”

To a query as to whether he will be trying to focus on taking Joe Root’s wicket, who is the world’s number one Test batter, he said Root was the top batter but while bowling he only concentrates to deliver his best. “No doubt, Joe Root is the world’s best batsman and it is always a challenge to bowl the best batsman. I always enjoy bowling the best batsmen,” he added.

To another query, he heaped praise on England’s seasoned fast bowler James, saying that the 40-year-old was a legend from whom he had learned.

“He knows everything about bowling as he has played everywhere in the world. I will continue learning from him. I think it is a big achievement for him that he is still playing. He is very fit and that shows how much hard work he has been doing,” Naseem added.

Pakistan will have to beat England to keep their hopes alive of moving to the next year’s final of the World Test Championship.