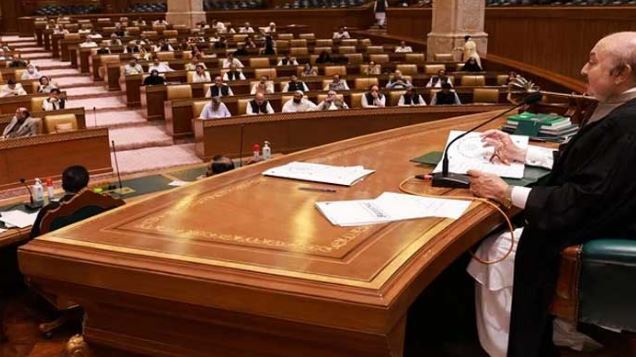 The opposition parties are making strategies to foil the PTI plan of dissolving the provincial assemblies as announced by former prime minister Imran Khan to force fresh elections.

On November 26, PTI Chairman and ex-premier Imran Khan surprised many by announcing that his party had decided they would not remain a part of the corrupt political system, and quit all the assemblies.

Reacting to his announcement, Punjab CM Chaudhry Pervez Elahi said he won’t “wait for a minute” to dissolve the provincial assembly if PTI Chairman Imran Khan asks him to.

In view of the new development, the PDM parties met today to review the political situation to avoid the dissolution of the Punjab and Khyber Pakhtunkhwa assemblies.

In order to move a no-confidence motion against the CM, it is necessary to end the ongoing session of the house, the sources said, adding, “It is the prerogative of the speaker to end the session.”

‘Coalition parties would consider all options’

In a press conference today, PML-N leader Ata Tarar said that the coalition parties would adopt all the political and legal options to prevent the assemblies from dissolution.

He made the remarks following a PML-N parliamentary advisory committee meeting held with Hamza Shahbaz in the chair.

Referring to a plea filed by Hamza Shahbaz in the Lahore High Court (LHC) against the election of PTI’s Sibtain Khan as Punjab Assembly Speaker, he pleaded with the court to hear their case.

For her part, PML-N leader Azma Zahid Bukhari said that Khan and CM Elahi cannot impose their decisions on Punjab.

Taking to Twitter, the chief minister said that PTI and PML-Q have the majority in the house with 191 MPAs.

“During an ongoing assembly session, no-trust motion or governor’s rule cannot be imposed,” he added.

Reaffirming his support for the PTI, the chief minister said that he would dissolve the assembly whenever Khan says.

“We have done all the work within the ambit of the law and the constitution,” he added.

While almost all lawyers and legislative affairs experts agree that a chief minister has the prerogative to ask the governor to dissolve a provincial assembly, there is a chance that the matter in the case of Punjab at least could end up in the courts.

Journalist and lawyer Muneeb Farooq said: “Article 112 is pretty straightforward: any chief minister against whom a vote of no-confidence has been issued cannot advise the governor to dissolve the assembly.

Supreme Court advocate Salman Raja said, “In any case, it is the CM’s prerogative to ask the governor to dissolve the assembly — in which case the governor just has to do so.”

PILDAT President Ahmad Bilal Mehboob agreed that the Constitution stipulates that an assembly cannot be dissolved by a CM if a no-confidence motion is pending.