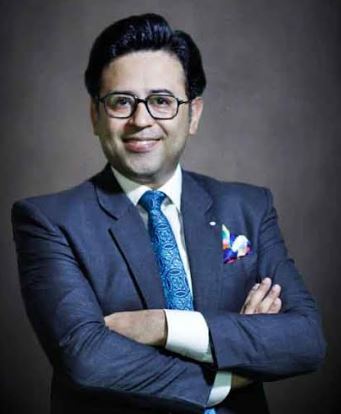 On its face value, Putin’s mobilisation of Russian reservistspresents the scenario of shortage of willing fighters for the country or the loss of military human resource to an extreme extent. Both assumptions appear to be very irrational. Establishing the premises to support this conclusion requires an understand of certain facts.

Again, on its face value the war is between Russia and Ukraine. Ukrainian army comprises of only 204000 individuals whereas Russian army is having 850000 active-duty personnel and 2 million reserve personnel;that makes it the fifth largest military in the world. Moreover, The Russian Armed Forces possess the largest stockpile of nuclear weapons in the world, surpassing the arsenal of the United States. They operate the second-largest fleet of ballistic missile submarines, and are one of only three militaries; alongside China and the United States, that operate strategic bombers. Russia is having 3 times more armored vehicles, 5 times larger number of tanks, 10 times more aircrafts, 20 times bigger naval fleet than Ukraine.In 2021, Russia had the fifth-highest military expenditure in the world at US$65.9 billion. So, there is no match of might between these two countries.

Now, this arises a counter argument that beside having all this superiority, Russia faced huge resistance and Ukrainian forces fought diligently. Seriously? It is important to note that mostly entire western hemisphere providing a backup to Ukraine. Russia is “de facto facing all of NATO,” the USled Western military alliance that has shipped billions of dollars of armaments to Ukraine to help fend off Russia’s invasion of Ukraine. The Biden Administration recently asked Congress for $13.7 billion in additional aid for Ukraine.Overall, the US has pledged just under €45 billion in total aid (financial, humanitarian, and military). The next closest donor is the European Union, which has pledged around €16 billion to Ukraine. The largest individual European donor nation is the United Kingdom, at just over €6 billion.

At the same time,after Russian invasion of Ukraine, Germany, Poland and then the entire European Union as well as Canada announced to formally banRussian Television (RT): the prominent international Russian channel, having a global footprint. Moreover, independent service providers in over 10 countries suspended broadcasting RT.Why? why the world is kept away from Russian narrative? Is democratic global village not mature or ready enough to accept Easterns’ freedom of expression, or they are incompetent to counter the Russian reasoning?  This seems unfair to keep glorifying US/EU invasion in multiple countries since 2000 through media dictatorship and on the contrary presenting the countries that differ, as devilish; a pure doctrinal, aristocratic and imperialist mind set. Anyways, getting back to the main point, Ukraine would not be a free country today without foreign support. And still all NATO forces are incapable of brining Putin on table talk on their own terms.So, who is showing real muscles?

When winters are knocking at the door, Russian gas& oil has become indispensable for European Union.ThoughEU is finding alternative supplies since February 2022, and it may need to ship-in LiquidNaturalGas (LNG) in tankers from producers like the US and Qatar. First the price hike is unavoidable, and secondly energy experts believe that there aren’t enough LNG terminals in Europe that can support importing LPG from the said countries. This will be a problem for Germany, particularly. It is pertinent to mention that Lithuania and Finland having about 80% dependence on Russia oil, and many EU countries fulfil a significant portion of their energy needs from Russian supplies. Furthermore, it is important to ask that whether the trade sanctions on Russia working?Quite the reverse, these sanctions rather helped Russia by soaring energy prices. Russia received an estimated €400bn ($430bn, £341bn) over the past year from oil and gas exports to Europe.The EU says its latest sanctions could cut the amount of oil it buys from Russia by 90%. However, this will take months to come into full effect, and even then, Russia will be able to sell oil elsewhere in the world. In addition to that India and China have both been buying more Russian crude in recent months.At the same time, Argentina, Brazil, China, Georgia, Indonesia, Mexico, Moldova, Serbia, Turkeyexpressed no intention of imposing sanctions on Russia. And few European countries are revisiting their decision in terms of saying no to energy trade with Russia. So, who has the better hand? Most definitely Russia did not go for a blind, the cards are opening, and hands are revealing.

Therefore, argument that Russia has lost to a degree where it had to call the reservists (the reserved army), shows poor grounding. Remember that Russian Military has branches consist of the Ground Forces, Navy, and Aerospace Forces, as well as three independent arms of service: the Strategic Rocket Forces, Airborne Forces, and Special Operations Forces.Russian law mandates one-year drafting for all male citizens aged 18–27. This also means that their entire population is trained to fight in the severest war conditions. Moreover, not all these individuals who are formally trained to take part in war join army rather a small fraction. Rest of the individuals enroll in other occupations. So, instead of recruiting a fulltime soldier that adds up financially, these reservists are called as a temporary fighter, whenever needed. As winters are coming, and UN is still unable to settle down matter and stop NATO expansion program, now Russia plans to stage the final show.

Though some say that it is the first real test of support for Putin’s invasion and early signs do not look good.But how can this western point of view negate the fact that in last 7 months, Russia alone is standing on its point of view and have challenged the entire west openly. This is not possible without the internal support of its people. West should have by now reconsidered its support to NATO expansion in Ukraine. Still, it can be done, if Putin’s call for reservists is not taken as a joke.