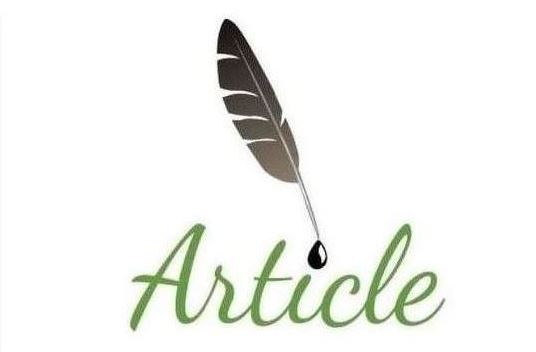 There are 193 members state of the UNO since its inception (24th Ocotber, 1945).Latter on two other countries like Eastern Taimur and Northern Sudan were added but is in transitional stage. In the current 77th session of UNGA the prime Minister of Pakistan has an opportunity,and honor to represent his nation in the wider perspective of international standards with outstanding approach and vision. Pakistan being member of the world community has always respected the decisions from UNO and proved that it wants peace, tranquility and prosperity in the world scenario of war and terrorism.

Since 2001, Pakistan has faced many challenges in the war of terror and stood firmly to save humanity and shatter the bonds of discrimination on the basis of creed, cast, colour, religion and culture. The Prime Minister of Pakistan Mian Shehbaz Sharif will deliver his speech on 23rd Septmebr,2022 positively .The current speech of Prime Minister of Pakistan will no doubt pave a way in the international community for its long and outstanding problems(Politically,socially,economically)even. Especially, the recent humanitariancrisis  of floods which has undaunted 1/3rdportion of Pakistan needs proper attention of the international community and also physical,technical and financial support to overcome the problem.The damagesoccurred to Pakistan are numerous however,the human losses of more than 1500, the destruction of infrastructure,washing of fertile land,cereals has created panic in the society and increased the level of poverty.Just imagine more than 4 million people have lost their houses,property, businesses etc. It could be his extraordinary approach towards the problem and the way the Prime Minister will presents the things to international forum.It will be the passion, vision of Mian Shehbaz Sharif to win the hearts of social activists,IFS, philanthropist and world leaders to draw their  attention and made progress for grant in aid and donations from the members state openly to sustain life.

Although the speech the Prime Ministerwill delivered at this junction has raised expectations of the people of Pakistan .So it could be innovative speech rather than traditional one. Moreover it should be a part of his exposure, experience and diplomatic relation with outstanding performanceto create favorable environment for achieving the goals and targets.The best speechesonce the prominent leaders had delivered in GeneralAssembly turn to be historic innature. The bestspeeches from the leaders of third world countries like the speech of Cuban leader for four hours and forty eight minutes in UNGA still repentant in the circle.The speeches of Libyan president Moamar Qaddafi , Palestine leader Yasir Arafat and Zulfiqar Ali Bhutto shall never be forgotten.

In the current situation Pakistan is facing multidimensional problems including the high intensity of floods destruction due to climatic changes. Pakistan being member of the climate organization believes strongly on reduction of carbonemission and following the international standards and procedures in coming decade.The preparation to attend the COP- 27 conference on climate change Pakistan will definitely contribute a lot to save the humanity from any other catastrophe.Although Pakistan has only 1 % carbon emission yet it is standing on no 8th as the most vulnerable countries to climatic change.The Prime Minister in his speech will definitelytouches the philanthropistworldwide to combat with the recent floods and contribution to assess the people in trouble with maximum technical and financial support.

The prime Minster will include the most chronic and everlasting issue of Kashmir dispute and will demand of the world to solve it according to the resolutions of UNO and according to the wishes of Kashmiris people through plebiscites as promised in 1948.The Prime Minister will request the powerful countries for support and negotiation of the issue in favor of innocent Kashmirisand all those who had been captured, exploited by dominant races through conspiracy and subjugation.The Prime Minister will assure the world of the contribution and services Pakistan rendered in promoting peace and tranquility in the region and uprooting terrorism even at the cost of their blood.The sacrifices of our defending forces in the line of control against terrorism and the way they were brutally martyred for the sake of humanity and peace shall be prioritized in the speech.It is a good opportunity that PM will discuss the everlasting issues with group of 77 and China.At the same time the councils of foreign Ministers Pakistan will serve as the voice for all the Muslims of the world for development,prosperity,human rights and sustainable development goals according to the UN charter.