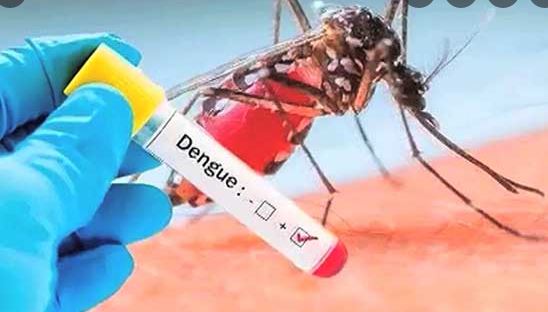 RAWALPINDI, Aug 23: As many as 15 more dengue cases were reported in Rawalpindi during the last 24 hours, raising the tally of confirmed cases to 194.

District Coordinator Epidemics Prevention and Control (DCEPC), Dr Sajjad Mehmood Tuesday said that, among the new cases, seven patients had arrived from Dhama Syeda and four from Chak Jalaldin in the Potohar town area while two cases were reported each from Kahutta and Islamabad.

During the last 24 hours, he added, around 128 dengue fever suspects were

brought to the city’s hospitals, out of which 15 tested positive, 22 probable and four non-dengue.

He added that six dengue patients with positive symptoms were admitted to the Holy Family Hospital and five to the Benazir Bhutto Hospital.

was imposed on violations of SOPs in various areas of the district from January 1, 2022.

He added that prevailing weather was suitable for breeding dengue larvae and asked the concerned to remove stagnant water in outdoor and household settings to stop mosquitoes from breeding after rain and submerged water.

Furthermore, the health official urged the residents to keep their water tanks clean and not to leave any place wet with stagnant water as water accumulation was a leading cause of mosquito-borne diseases, including dengue fever.