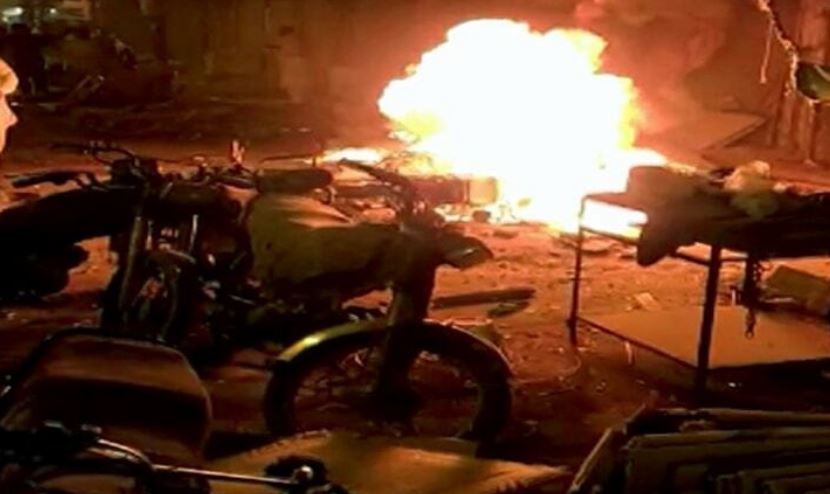 Karachi: At least six people have been injured in a blast near New Memon Mosque in Karachi’s Kharadar area, according to government officials.

Motorcycles, a rickshaw and a police mobile suffered damage as per footage shown on, which also showed people trying to put out fire.

City SP Ali Mardan Khoso said it was a “bomb blast”, according to initial reports. He said that a police mobile was damaged in the explosion and a police officer was injured as well.

Head of Shaheed Benazir Bhutto Trauma Centre at Dr Ruth Pfau Civil Hospital Karachi, Dr Sabir Memon, told that around 10 injured have been brought at the medical facility. He said the condition of six of the injured was critical. However, Karachi Administrator Murtaza Wahab said that as per information received by him, there were seven injured so far, with four in critical condition and three stable.