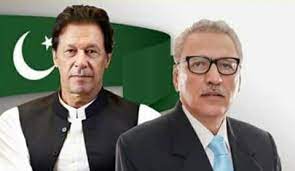 ISLAMABAD:  The political and legal experts have suggested the Prime Minister Imran Khan to step down gracefully in order to avoid the no-trust move. These comments came after the verdict of the apex court in which it declared null and void deputy speaker ruling and restored the National Assembly.

The analysts believe the Prime Minister should have resigned when the no-trust move was tabled against him and especially when his own MPs decided to vote against the party. According to analysts the act of dissolution of assembly was a suicidal act on the part of the prime minister and the President and from the day one it was evident that the apex court shall strike down this act ourtright.

The analysts also believe President Arif Alvi should also step down because the Supreme Court verdict in a way is a ‘charge sheet’ against him as well.