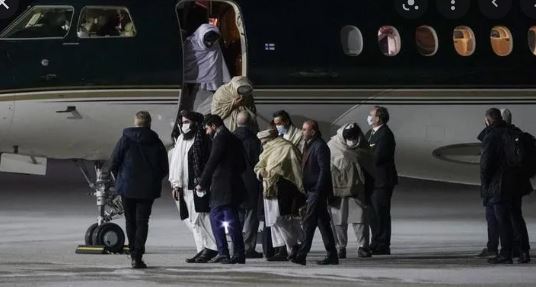 Headed by Foreign Minister Amir Khan Muttaqi, the delegation was to dedicate the first day of their three-day visit to talks with women activists

Headed by Foreign Minister Amir Khan Muttaqi, the delegation was to dedicate the first day of their three-day visit to talks with women activists and journalists, among others, before meeting Western diplomats on Monday and Tuesday.

The talks, facilitated by Norway, were taking place behind closed doors at the Soria Moria Hotel on the outskirts of Oslo.

The humanitarian situation in Afghanistan has deteriorated drastically since August, when international aid came to a sudden halt in the country which is already suffering the effects of several severe droughts.

No country has yet recognised the Taliban government since it stormed back to power in August.

Norwegian Foreign Minister Anniken Huitfeldt stressed last week that the talks would “not represent a legitimisation or recognition of the Taliban”.

The international community is waiting to see how the Islamic fundamentalists intend to govern Afghanistan, after having largely trampled on human rights during their first stint in power between 1996 and 2001.

On Monday, the Taliban will meet representatives from the United States, France, Britain, Germany, Italy and the European Union, while Tuesday will be dedicated to bilateral talks with Norwegian officials.