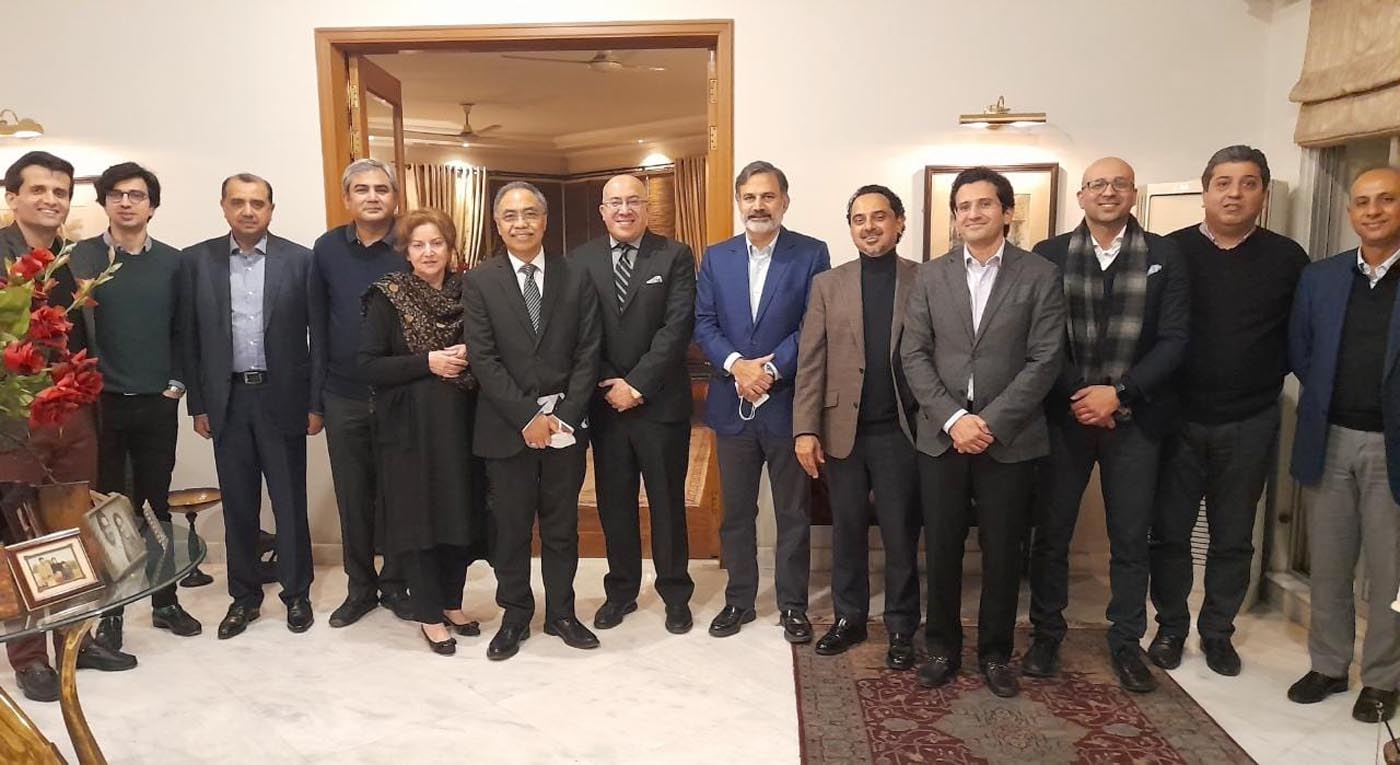 LAHORE: The Ambassador of Indonesia to Pakistan Mr. Adam M. Tugio met with prominent businessmen in Lahore for promoting bilateral cooperation especially the Indonesian coals in Pakistan. The meeting was attended by several businessmen from different sectors, such as textile industry, steel, ceramic and cement, all of which have the potential to import coal for their energy generators.

Speaking on the occasion, Ambassador Tugio said that since Indonesia is refined in coal industry, it could provide coal for the power projects under the CPEC and to Large Scale Manufacturing Industries (LSMI) in Pakistan. The Government of Pakistan has been paying special attention to the development of infrastructure and energy supply as it is one of the Belt and Road Initiative countries, where coal is a major part of energy projects. “By knowing exactly the nominal demand for coal along with the specifications, the demand for coal products will easily be consolidated through a consortium of Indonesian exporters to meet specific demands here”, the Ambassador remarked.

The figures show that Pakistan’s demand for coal is continuously increasing every year. In 2020, the total import value of coal (coal, briquettes) was US$ 1.233 billion (17,146 million tons), while Indonesia’s exports to Pakistan are merely US$ 224 million (3,520 million tons). Still Indonesia has the potential to increase export to meet Pakistan’s coal market requirement around US$ 1.008 billion.   “Through modern approaches, it is hoped that the combination of large-scale Pakistani companies can maintain supply chain continuity and control the quality of the imported coal, and the consortium of Indonesian suppliers will obtain certainty and continuity of orders from the group of Pakistani companies,” Ambassador Tugio added.

BP’s Statistical Review of World Energy 2021 noted the volume of Indonesia’s coal exports to the world in 2020 reached 8.51 million tons. This figure is equivalent to 26.8% of the total volume of coal exports in the world. Apart from Indonesia, Pakistan’s coal imports came from South Africa amounting to US$ 829 million, Russia USD$85 million, Australia US$ 45 million, Afghanistan US$ 43 million, China US$ 1.194 million and others.

The meeting was held at the residence of a renowned businessman of Lahore. The gathering was initiated by the Indonesian Embassy in Islamabad to promote diversified Indonesian products in Pakistan other than palm oil. It was also explored to convene business matching focusing on areas where Indonesia and Pakistan industries have complementarity such as in textiles and garments industry where cotton, yarn, polyester can be imported from Indonesia.