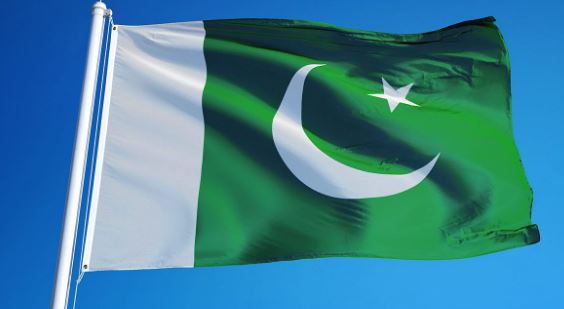 The interpretation of Two Nation Theory reveals that it has been primarily founded on the rejection against intolerance, religious extremism and any kind of discriminative behaviour carried by one group to another living in the society. Presenting the two nation theory, the visionary leader Quaid e Azam maintained the principles of tolerance, non-discrimination and peaceful co-existence everywhere, he got the chance to do so. The dear Quaid made it clear in the speeches, before and after the Independence that the ideology of Pakistanhas the core of fundamental principles of Islam that are tolerance, peaceful coexistence and prosperity for everyone.

Pakistan appeared on map of the world personifying every concept of sacrifice. People who had struggled for it and were dedicated for the cause of Pakistan Movement, worked harder until the fruit was born for them. On the eve of Independence, thousands of livesthat were laid down during exodus of the Partition 1947 had the same intention to have done something exemplary. Likewise, an unparalleled generosity of some great people was shown by those who welcomed the empty handed individuals, reaching here. This tradition of sacrifice was not ended there. It continued and in every time of need the hundreds of soldiers’ sacrifice sustained the freedom and integrity of this sacred Land. All these historic facts are there to learn one thing that Pakistan’s movement, creation and survival, all have been based on the spirit of sacrifice.

Pakistan preserves it’s ideology of tolerance and peaceful co-existence in the teachings of Noble Prophet Muhammad PBUH. At the time of conquest of Makkah when the infidels who had been inflicting the unbearable hardships and pain onto the Prophet Muhmmad PBUH, were anticipatingany severe punishment. Yet! The Prophet Muhammad PBUH spoke gently to them,

“You may go free! No reproach this day shall be on you. May Lord forgive you”

The purpose of demonstrating the concept of general amnesty was to leave the legacy of tolerance and peaceful co-existence for all the followers coming ahead. An evident fact is that Prophet Muhammad PBUH has been appreciated not only as the most successful religious leader but also the most influential political figure. He knew it well that for developing the thriving society, individuals require the strong foundation of political, social and of economic stability. Above all, the tolerance leads ahead of all!

Thus, with the norms of freedom and tolerance for all, Quaid established this state where people form every sect, every race, every caste and every religion would live peacefully. This is the most considered principle by Muhammad Ali Jinnah himself. He, throughout the life had fought against the religious extremism and animosity having witnessed by the Hindus done to halt the Muslims in the Sub-Continent. In the post-independence speeches, Jinnah meant it clearly that Pakistan has been created for everyone to live with the fullest liberty, enjoying the respective belief system and the life style. He had the idea of a happy-tolerant Pakistanfor all. In one often quoted part of speech Quaid had said,

Pakistan is a wonderful country and proves to be more wonderful when it comes thehuman population. The vibrant, lovingand loyal people. In the time of crisis, the masses stand together andbecomes one to respond to any threat. Still, some loopholes are there that result in incidents causing the loss of public property and sadly even the precious human lives. Eventually,it causesan embarrassment at the national and international level both. Every time, such events leave oneself to analyze the factors and causes. The little thoughtful scrutiny divulges easily that lack of education comes on the top of list for such mob-behavior. Had the education been there with the masses well and good in care then the ‘bamboos’ would not have come in their hands. Simultaneously some kind of the compact-religious education get convincedthis certain number of individuals to keep a particular mind-set. This compact kind education encourages themto have some limited religious mindset. Of course, such mindsets encourages them to evaluate surroundings, fellow individuals and situations only in the light of interpretation that is forwarded by the respective ‘rightful’ authorities.

Fortunately, the problem in the discussion here is not propelling in the entire country. There is a large number of population that believes in the freedom for everyone irrespective to the cast, creed and race. Yet! One must not be like an ostrich to bury the head in the sand. Everyone is aware well that there are pressure groups’ growth and the most dangerous thing is that these groups have been grown with the extreme religious mottos. So a thorough planning is needed here in this regarded to curb it before it gets too late.

Problems are there in every society and in each clan. Individuals in all over the world have had the encounters with the intimidating circumstances that hamper the normalcy of life at a large scale. However, the conviction in makingthe efforts to overcome those problems is never abandoned anywhere. Pakistan is on the right track of development and prosperity in the recent time. It has won the toughest war against the terrorism beholden to the sacrifices of the Armed Forces. Now, the remaining part of the responsibility comes to the intelligentsia of the country. They should come forward and with sheer intention to instill as well impart the progressivenationalism attitude to the fellow countrymen. Scholars from all leading institutions must take the responsibility to remove this rust from the society.

Likewise, there should be exposure-opportunity to different learning and healthy activities for masses at the public level. Exposure to the different intellectual platforms performs a constructive role in the individual’s life. It is proven useful thatwhen a person has various avenues to thinkabout the on-going situation and events happening around, he thinks in much reflective. Instead of keeping oneself dedicated to the one-single school of thought, the person carries out the research for a better analysis.

Society thrives in when there are reliable and constructive discussions and that take place with one goal to create a tolerant environmentother than targeting any person, any community or any existing institution. Interactive discussions with and among the masses and for addressing the problems to seeking a solution guarantees a secure society for all. The Dark Ages of Europe met an end when the theological transcripts were disseminated among the masses to be interpreted by own-individually.Then, there were constructive discussions and an ardent reading culture replaced the‘locked ideologies’ forwarded from the Medieval Church.In that time, only one idea was considered the supreme that each human is capable enough to contemplate and concludebetween the right or wrong for the given situation.

Revering one’s land has been an old tradition in the human societies since the primitive time. Humans took care of the land not only for the habitation alone but also considered a blessing as it prospers the habitants there. Pakistan has been made of love, the very struggle for its creation was carried out in the name of Islam that again means peace and love for everyone. It is a legacy of people who were truly enlightened and intellectuals in both the words and acts too.

Pakistan still lives on love. It is a blessed land that love-helps the individuals to prosper. It gives everyone a fortune living way, from a laborer working on the street to the CEO in any leading commerce entity. It is an auspicious land that emanates love and peace forall. It welcomes each life and guarantees the freedom to live in accordance to their respective belief system. The institutions here, too, remember and establish such mechanism for freedom to everyone.

Let’s be a nation that is an embodiment of tolerance, hard-work, wisdom and more over love and peace for everyone. All must work to be a physical manifestation of what this land means for!

Everyone must remember that Pakistan is synonym to love, peace and prosperity! Above all! Pakistan is for all!