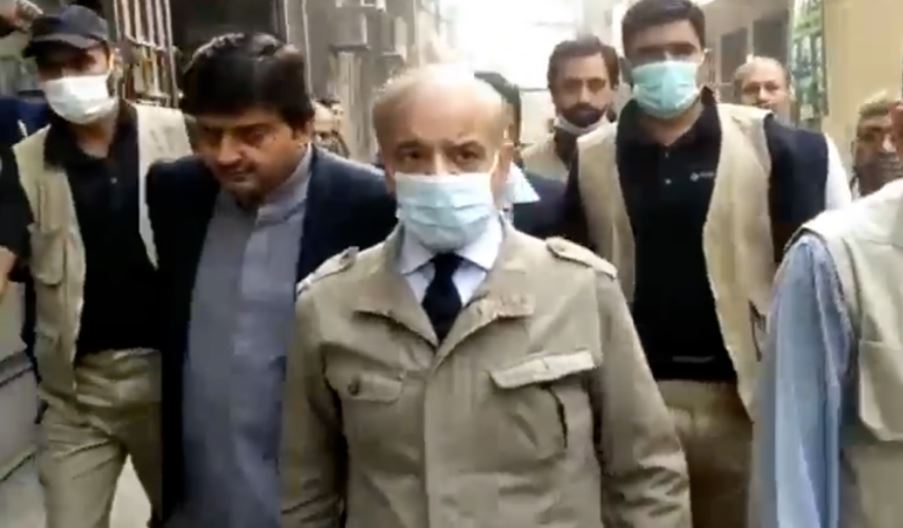 LAHORE, NOV 20: A Lahore special court for banking offences on Saturday ordered officers of the Federal Investigation Agency (FIA) to submit in the next hearing their challan for the Ramzan Sugar Mills money laundering case involving PML-N leaders Shehbaz Sharif and Hamza Shehbaz, or risk being served with show-cause notices.

During a hearing for Shehbaz and Hamza’s interim bails, presiding judge Tahir Sabir asked FIA officers regarding progress made on the drafting of the challan.

He reminded FIA special prosecutor Moazzam Habib that in a previous hearing the banking court had ordered for the interim challan to be submitted on November 20 (today).

The FIA prosecutor replied that the co-suspects in the case — Muhammad Usman, Shoaib Qamar and Masroor Anwar — had obtained pre-arrest bails, and so the investigation was yet to be completed.

At this, the judge asked the prosecutor to submit the interim challan just on the basis of the investigation conducted so far, and also ordered the co-suspects to join the FIA’s investigation immediately.

“The FIA ​​should state the final date [for challan submission] or else show-cause notices will be issued to the concerned FIA officers,” the judge warned, to which the FIA asked for three weeks’ time.

The court ordered the FIA submit the challan at the next hearing “at any cost” as it extended the father-son duo’s interim bail till December 11.

During the hearing, Shehbaz sought the judge’s permission to speak. “I reached Lahore from Islamabad overnight. The FIA has the same case which NAB (National Accountability Bureau) has made. I am neither the director nor the shareholder of the sugar mill whose case has been made,” he said.

The judge said that the point made by Shehbaz had been noted before.

The PML-N president branded the money laundering case a “heap of lies”, claiming that as the Punjab chief minister, he had actually taken governmental decisions that had cost his own children’s business billions in losses.

“When God asks me what I have done, I will say I have not violated the rights of the farmer,” Shehbaz told the court..

When the judge asked him whether his comments had any relation with the court’s current proceedings, Shehbaz responded they were “absolutely related”.

“Look at my conduct and the FIA’s allegations. To levy such allegations against me is a gross injustice,” he said.

The FIA official lawyer objected, saying that Shehbaz’s comments were “irrelevant”, with which the PML-N president disagreed. He called upon the investigating agency to “prove that [any illicit] money had made it to my account.”

According to the first information report (FIR), it was learnt that total deposits amounting to over Rs25 billion (2008-18) were received in bank accounts of various low-wage employees of Ramzan Sugar Mills and Al-Arabia Sugar Mills and accounts of fake companies set up and controlled by the Sharif group.

The FIR further said an inquiry had demonstrated that Shehbaz aided and abetted by his sons, were found to be involved in amassing wealth (pecuniary resources) disproportionate to their known sources of income.