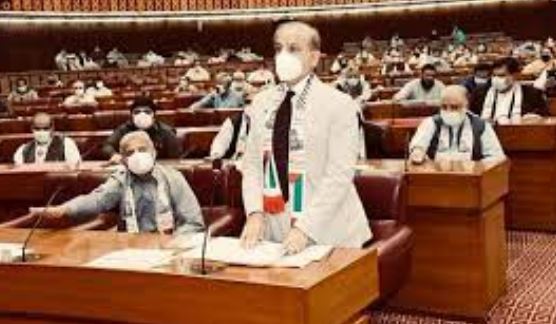 ISLAMABAD, All opposition parties, including the Pakistan
Muslim League-Nawaz and the Pakistan Peoples Party, have finalised a
strategy to give tough time to the Pakistan Tehreek-e-Insaf (PTI)
government in a joint sitting of parliament on November 11.

According to details, the session of the opposition parties’ legal
committee was held in Islamabad to review strategy regarding the joint
sitting of Parliament tomorrow.

Speaking to the media after the meeting, the PML-N spokesperson Marriyum
Aurangzeb said that the opposition has finalised a strategy to thwart
the government’s legislation.

She said that government wants to pass 30 bills in the joint sitting and
opposition parties are ready to thwart government’s NAB Amendment
Ordinance and EVM’s legislation.

PPP leader Yousuf Raza Gillani said that opposition will spoil
government’s conspiracy to “bulldoze” Parliament. He said that all
opposition parties have agreed over giving tough time to the ruling
coalition inside the Parliament.

The joint sitting of the parliament was summoned on November 11 at 11:00
am.

Prime Minister Imran Khan will host the lunch for the National Assembly
(NA) lawmakers and senators of the ruling Pakistan Tehreek-e-Insaf (PTI)
and coalition partners on Wednesday (tomorrow).

PM Imran Khan will host the lunch for the lawmakers and senators of PTI
and coalition partners tomorrow at the PM House at 2:00 pm.