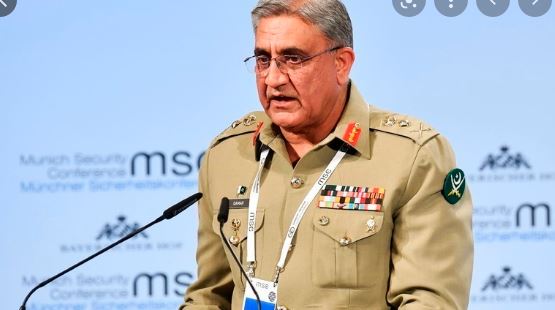 ISLAMABAD, NOV 08 (DNA) – Chief of Army Staff (COAS) General Qamar Javed Bajwa Monday assured taking the parliament into confidence on the talks with TTP and agreement with the TLP.

Gen Bajwa briefed the Parliamentary Committee on National Security in an in-camera meeting held here in the parliament building on Monday. The in-camera meeting was chaired by National Assembly Speaker Asad Qaiser started and was held in the assembly’s main hall.

The meeting continued for five and half hours but Prime Minister Imran Khan did not attend it, however, Chief of General Staff Lieutenant General Azhar Abbas also participated in it. The sources disclosing the inside story of the meeting said the Balochistan government had also decided to hold talks with angry Baloch leaders.

In the meeting, the opposition criticized the absence of the Prime Minister from the meeting and said that he called the opposition thieves but now he was absent from such an important meeting regarding national security matters.

According to sources, the military leadership briefed the meeting on the talks with the TTP and Gen Bajwa answered most of the questions himself. On the demand of the participants, Gen Bajwa assured to take the parliament into confidence in the matter of TTP.

Some of the participants in the meeting raised the issues of martyrs including Pakistan Peoples Party (PPP) Chairman Bilawal Bhutto’s mother and former premier Shaheed Benazir Bhutto who were victims of the TTP’s terrorism.

Anyhow, the participants urged that instead of supporting a single party or a few people in neighbouring Afghanistan, a policy should be formulated for the whole of Afghanistan.

The participants said that a policy on Afghanistan and the United States should be formulated so that Pakistan did not become part of any war of others again. During the meeting, the civil and military leadership confirmed to the committee that the agreement with the TLP was within the country’s law and the constitution.

The military and the civilian leadership also told to the participants that whenever the TLP agreement would be publicized, it would be found within the ambit of the constitution and law.

Meanwhile, Parliamentary Leader of the MQM Pakistan Khalid Maqbool Siddiqui raised the issue of his party and said if the status of proscribed TLP could be reversed then what had the MQM made a big sin.

The parliamentarians expressed satisfaction over the briefing provided by the military leadership. During the meeting, senior military officials briefed the lawmakers on important foreign affairs, internal security, internal and external challenges.

According to a declaration issued after the meeting, the lawmakers expressed satisfaction over the briefing and wished for peace, development and prosperity in Afghanistan. The declaration stated that a briefing was given on the changes taking place in the region, Kashmir dispute and the current situation in Afghanistan.

Later, Federal Minister for Information Chaudhry Fawad Hussain gave a media briefing after the meeting and said that the PM had already mentioned the talks with the TTP that would be held under the constitution. He said state sovereignty and national integrity would be ensured.

On the other hand, Interior Minister Sheikh Rasheed Ahmed while talking to media said that they had not made any decision regarding the TTP but was just briefed on the matter. = DNA