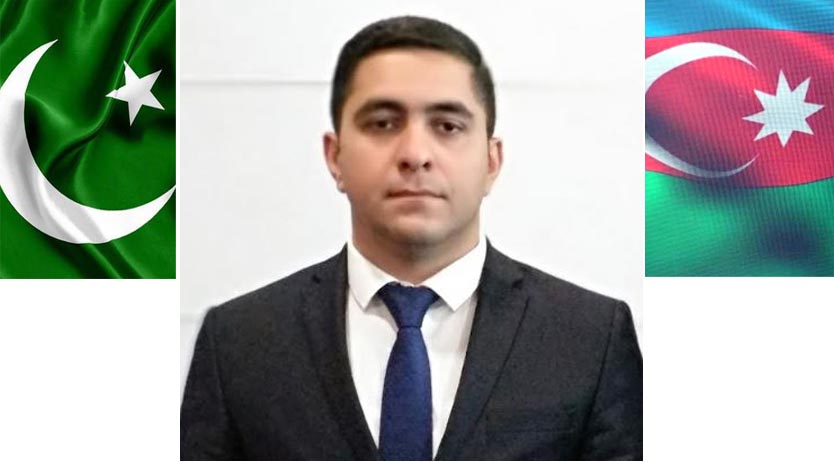 The Patriotic War, which had lasted from September 27 till November 10, 2020, resulted in the retrieval of Nagorno-Karabakh, an internationally recognized part of Azerbaijan. It was an important milestone in our history. Until the Day of Victory, due to the aggressive policy of Armenia, 20% of our lands were occupied by Armenia or Armenia-backed separatists of Nagorno-Karabakh, and more than 1 million Azerbaijanis were expelled from their native lands as a result of its policy of ethnic cleansing. The implementation of UN Security Council Resolutions 822, 853, 874, and 884 concerning the Nagorno-Karabakh conflict and the activities of the OSCE Minsk Group have not yielded results. However, Azerbaijan, itself, enforced the implementation of UN Security Council Resolutions.

Under the leadership of the Gallant Commander-in-Chief IlhamAliyev, the Glorious Azerbaijani Army succeeded to liberate its lands from the occupation in a 44-day “Iron Fist” operation, ensuring the territorial integrity of our country. Throughout the Victory War, the fearless Azerbaijani Army achieved incredible success on the short-term battlefield. Our lands were purged from the occupiers at the expense of the blood and lives of our courageous martyrs. A total of 2914 brave sons sacrificed their lives in the war for their motherland.

As part of the 44-day military operation, the valiant Azerbaijani Army almost obliterated the entire Armenian military arsenal, breaking through the engineering and fortification systems built by Armenia for 30 years. It liberated Jabrayil, Gubadli, Zangilan, Fuzuli regions, Hadrut settlement of Khojavend region, Sugovushan village of Tartar region, several villages of Khojaly and Lachin regions, as well as important strategic heights in the direction of Agdara, Murovdagh, and Zangilan. During this period, 5 cities, 4 settlements, 286 villages, in total, more than 300 settlements, numerous strategic heights were freed from occupation.

Despite the fact that the fighting was taking place on the battlefield, the inferior enemy was blatantly targeting civilians and civic zones, located far from the battlefield. By violating international humanitarian law, Armenian armed forces were deliberately using forbidden ballistic missiles, like Scud-B rockets and even the Iskander-M, as well as banned white phosphorus and cluster munitions, including Smerch cassette bombs. On October 4, 11, and 17, the country’s second-largest city Ganja, as well as other cities like Agdam, Barda, Fizuli, Goranboy, Naftalan, and Tartar became regularly exposed to missile fires and heavy artillery shellings, which caused massive killing and injuring of innocent people. More than 100 civilians were killed and 414 were injured, and more than 3,000 homes and 100 residential buildings were leveled to the ground or damaged as a result of the heinous bombing of civilian areas and artillery attacks. These vicious atrocities committed by Armenia against Azerbaijani civilians are considered War Crimes or warfare crimes against Humanity.

On November 8, after 28 years of yearning, the city of Shusha, which is of great importance to the people of Azerbaijan and is considered the crown of Karabakh, was liberated from occupation. Although Shusha city is considered a strategic city for separatist Armenians and Armenia due to its height, it is a cradle of culture, a fortress of spirituality, which has a special place in the history, culture, and morality of the Azerbaijani people. The operation to liberate Shusha, which was carried out in high mountainous conditions, was a masterpiece of brave Azerbaijani soldiers indeed. The liberation of Shusha from enemy captivity played a decisive role in the fate of the war. Armenia surrendered to Azerbaijan and was forced to announce its capitulation.

On November 10, 2020, the leaders of Azerbaijan, Armenia, and Russia signed a trilateral joint statement on ceasefire and complete cessation of all military operations in Karabakh. This date has been a historic day for the Republic of Azerbaijan. Because the 2ndPatriotic War resulted in the absolute victory of Azerbaijan and the capitulation of Armenia. Then Armenia was compelled to return unconditionally to Azerbaijan the city of Aghdam on November 20, 2020, Kalbajar on November 25, and Lachin on December 1, 2020. Thus, the occupation which has been festering for 30 years, protracting injustice, and the Armenian-Azerbaijani Nagorno-Karabakh conflict eventually came to end in 44 days. It is necessary to particularly highlight the full political and moral aid of fraternal countries such as Turkey and Pakistan in gaining the triumphant victory. During the war, these brethren states have drastically rendered their unprecedented support for the just stance of Azerbaijan on various platforms in the international arena. The Republic of Azerbaijan and Azerbaijani people thank Pakistan for its unanimous assistance on the 2ndPatriotic War.