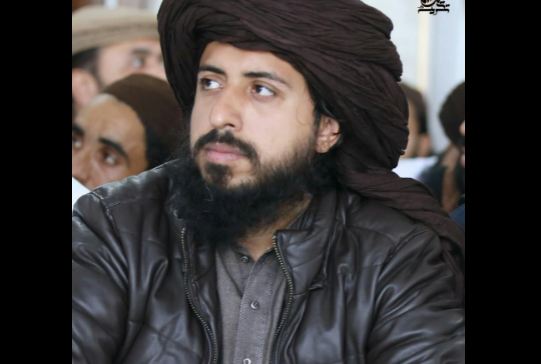 ISLAMABAD, Oct 31 (DNA): All the issues between the government and
proscribed Tahreek-e-Labbaik Pakistan have been sorted out during the
final round of talks held on Sunday but the final announcement of the
agreement faces a few hours delay due to the late arrival of some of the
banned party’s leaders.

Foreign Minister Shah Mehmood Qureshi, National Assembly Speaker Asad
Qaiser, Minister of State for Parliamentary Affairs Ali Muhammad Khan,
former chairman Ruet-e-Hilal Munib-ur-Rehman and members of proscribed
TLP Shura were supposed to apprise the nation of the nitty-gritty of the
talks during a presser but the talk hit a few hours delay as the banned
TLP Shura members had been stuck in traffic.

Later, the TLP leaders reached Islamabad where they inked the agreement
and set off for PID where they were expected to hold a joint press
conference with the government team, divulged the TLP sources.

Earlier, the Shura members who were coming from Wazirabad were held up
in a traffic snarl and could not make it to Islamabad in the morning
when they were due to hold a joint press conference with the government
team.

Sources have informed that thorny issues between the government and
outlawed TLP have been resolved. Interior Secretary Yousouf Naseem has
been tasked to implement all the conditions reached between the two
parties.

Sources say, first of all the banned party activists would wind up their
protest on the GT Road and return. Then the government will release the
arrested TLP men after completing all the legal aspects.

Sources said that the government permitted the proscribed TLP to
continue its political activities. The banned outfit activists have been
asked to clear the roads immediately. The government has told the TLP
that the Tehreek will not involve in any kind of sit-ins and politics of
violence in the future.

The members of government team are expected to hold a press conference
at 3:15pm today. Sources further divulge that the government would adopt
step-by-step approach keeping in view the international rules and
regulations.

According to sources, Mufti Muneeb has played a pivotal role in the
consultation between leaders of religious parties and government and
military officials.

A 12-member committee under the head of Sahibzada Hamid Raza has been
holding consultations with President Arif Alvi and Prime Minister Imran
Khan for the last two days.

Sources have revealed that the agreement between the government and the
proscribed TLP has been reached. It has been decided to release TLP
Chief Saad Rizvi but the banned party head will be kept in house-arrest
for few months. The names included in the Schedule 4 will be stricken
out.

Sources further said that Interior Minister Sheikh Rashid and
Information Minister Fawad Chaudhry have been excluded from the final
round of talks.

According to a private news channel, in a meeting with the Ulema of
Bralvi school of thought at his residence in Bani Gala, the PM said he
had no objection to Saad Rizvi’s release if courts release him.

The sources said Ulema urged the PM to release the TLP chief and take
action against the statements of Information Minister Fawad Chaudhry
that could sabotage negotiations.

PM Imran while talking to Ulema on the demand of expulsion of the French
ambassador said it was not the solution but there was a need to
acknowledge the world that blasphemy hurts Muslims.

On Saturday, talking to media after attending a meeting of government
and religious scholars belonging to the Barelvi school of thought and
chaired by Prime Minister Imran Khan, Religious Affairs and Interfaith
Harmony Minister Pir Noorul Haq Qadri said the committee was in talks
with the government and proscribed leaders.

In reply to another question about making negotiations conditional to
TLP protesters not moving towards Islamabad, he said “it could sabotage
the negotiations.”

For his part, President Sunni Ittehad Council (Faisalabad) Sahibzada
Hamid Raza said the prime minister had assured the meeting’s
participants that the government would not use “torture” to curtail the
protests.

Raza said the prime minister told the meeting that he did not wish to
see bloodshed in the country, but noted that there would be “no
compromise when it came to the writ of the state.”