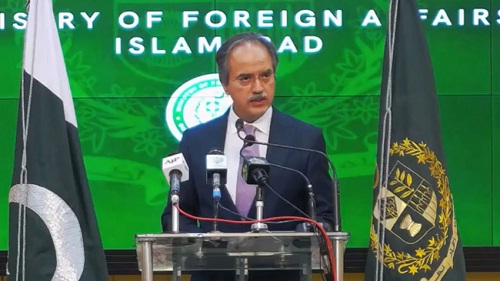 Islamabad : Pakistan has strongly condemned the vandalization of several mosques, houses and shops of Muslims by radical Hindutva mobs in Tripura, India.

He said the state machinery has reportedly not only failed to protect Muslims and their properties but remained non-responsive to desperate calls for help by the local Muslim organizations.

The Spokesperson said in today’s India, there is little space for minorities and their way of life.

He said it is equally condemnable that targeted and brutal eviction of Muslims from their decades-old homes in Assam continues unabated.

The Spokesperson called upon the international community to play its role to stop the rising tide of Islamophobia and attacks against minorities particularly Muslims in India, and ensure their safety, security and well-being and protection of their places of worship and heritage sites.