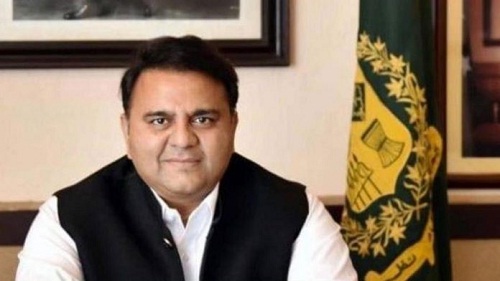 Islamabad : Minister for Information and Broadcasting Chaudhry Fawad Hussain has ruled out possibility of negotiations with proscribed Tehreek-e-Labbaik until it cleared all the roads and handed over the culprits, who martyred policemen during recent clashes.

The Minister stated this in a tweet. He also urged patriots to distance themselves away from the ongoing protests of the proscribed TLP and return home instead of becoming part of a campaign which as tantamount to terrorism against state.

Meanwhile, in another tweet, the minister, responding to a journalist’s question, made it clear that there was a difference between protest of a ‘political party’ and a ‘proscribed party’.