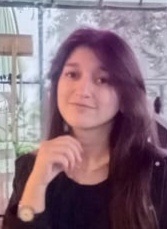 Asking for money in streets with the intrusiveness of a beggar and dancing in ‘dreadful’ night functions is how most of us remember our first encounter with a transgender. Any person in a respectable, praiseworthy profession can either be a man or a woman. Finding a transgender in that position? Well, that will be stretching the normative character of our society a bit too far.

“Some called me lerki. Others opted for khusra and aunty.My life was anything but normal. And I stopped going to school,” says Sapna. Gifted with the same two legs, two hands and a brain with equal capacity to develop an uneducated transgender remains confined to begging and dancing in order to earn a living.

Finding work is equally hard for the moderately literate ones. “People often tell us to do a proper job with the able bodies God has blessed us with. No one would hire us though. The response for a job request is always the same; go find it somewhere else,” says Rania with a matriculation certificate. More than the qualification it’s the stigma with which our society at large has come to define transgenders.

On a more practical level, it’s the failure on part of the state apparatus to provide Identity to transgender. “Many people will not trust us without proper identity cards in this time of uncertain security conditions prevailing in our country,” says Reema. “Identity Cards would at least remove a legal impediment in our quest to find proper employment.” However, “since the provision of third gender on the registration certificate only a few could get themselves registered withNational Database and Registration Authority (NADRA) due to the cumbersome procedure adopted by the database authority. When most of them are not able to identify their guardians or fulfill prerequisites of registration process, they disengage with the practice of getting a gender-specific Identity” says Sapna. In this regard there is a dire need to fix the procedure which is made simple under the directions of the apex court, and is required to be further simplified.

In fact, it is the callousness, and consequently of the state, with which our society approaches the presence of transgender individualsliving among us that is at the root of the problem. At the societal level there is an absence of respect for all things human. This lack of respect comes down to seeing everyone through lenses of religion, caste, social status, and above all, gender. Politically, the proportion of transgender individuals in our society is not large enough to invite attention from our leaders. More-importantly, in the post-covid scenario where vaccination based on National Database and Registration Authority(NADRA) is the only government adopted rule, there is no concern or an inclusive policyfor those without an identity. The programs launched by government such as SehatSahulat Program (SSP) also enrolls only those with the valid NIC.Back in March 2021, there were only 1600 transgender people registered with NADRA as reported by the Ex-Special Assistant to the Prime Minister (SAPM). And only 500 out of the total got enrolled for SSP which is yet again alarming.

Identity is their foremost need and a constitutional right like everybody else inthis Islamic Republic of Pakistan. To either beg or dance shall be nobody’s only choice to earn a living. It must not be their only option either. Need of the hour is that transgender individuals should be provided with their due rights and be treated as plain human beings regardless of their gender.

The writer can be reached at hiraalimalik46@gmail.com