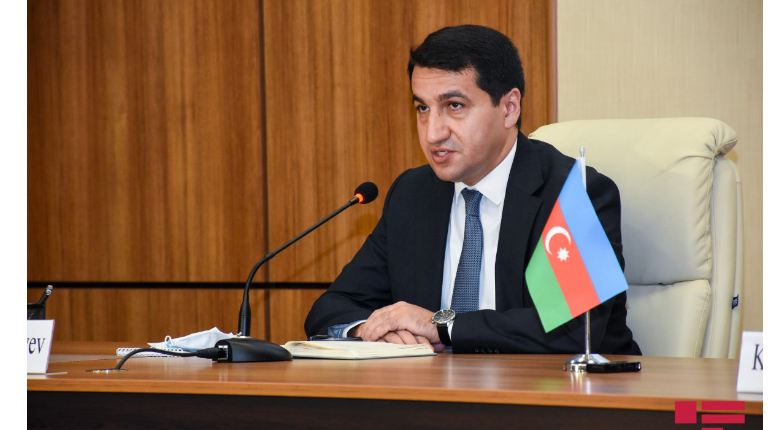 BAKU, OCT 22: “Azerbaijan’s purpose is not revenge, but a call for future peace,” said Assistant to the President of Azerbaijan, Head of Foreign Policy Affairs Department of the Presidential Administration Hikmat Hajiyev while addressing the opening of the Media Forum of the Cooperation Council of Turkic Speaking States (Turkic Council).

“2020 was a period of special significance for the people of Azerbaijan,” H. Hajiyev noted.

Assistant to the Azerbaijani President noted that after 30 years, it has been put an end to the yearning of the Azerbaijani people for Karabakh: “Brotherly Turkey has stood by Azerbaijan, showed its moral, political, and diplomatic support to Azerbaijan.”

H. Hajiyev noted that Azerbaijan’s purpose is not revenge: “Azerbaijan’s aim is a call to future peace. Our aim is to prevent such acts to happen in the future in the world. At the same time, there is deeply cultural and historical heritage in Karabakh belonging to Azerbaijan and the Turkish people. We have to note with regret that our cultural heritage has been also destroyed for years. Azerbaijani people have the determination to return the historical prestige of Karabakh to itself, to reconstruct Karabakh. We are sure that the Turkish states will stand by Azerbaijan in this process”.