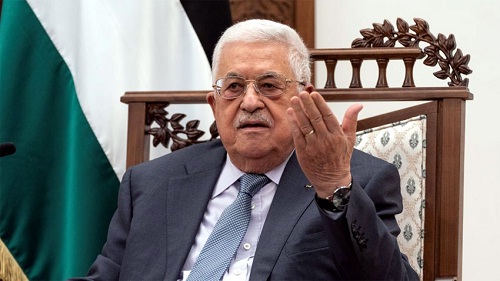 Palestinian President Mahmoud Abbas says the situation in Palestine is unbearable due to the Israeli violations.

Talking to a delegation of Palestinian businessmen in the West Bank city of Ramallah, he called on the United States to turn its words on the cause of Palestine into deeds.

Abbas said Israel should stop all its measures against Palestinians in the West Bank, East Jerusalem, and the Gaza Strip.

He warned if Israel rejects the two-state solution, the Palestinians will be obliged to go for other political choices.